China’s ‘war on smog’ won’t cut CO2 by much: research

Nationwide carbon emissions and air pollution likely to remain high until at least the next decade. 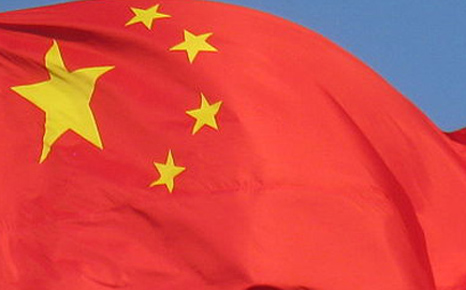 The report shows Beijing’s efforts to curb pollution from power plants and heavy industry could have the additional benefit of cutting carbon emissions, mainly through switching from coal to gas, but the figure is meagre compared to China’s overall annual carbon footprint from energy of 9-billion tonnes.

Efforts in other parts of China to reduce levels of toxic particles known as PM2.5 will have only a very limited impact on national pollution and carbon emissions during the rest of the decade, said Hongliang Chai, who authored the report.

“We find that Beijing’s power sector emissions are approximately as large as Austria’s,” Chai said, pointing to analysis comparing carbon emissions from Chinese cities and provinces to emissions of countries.

Hebei, the heavily-industralised province that is responsible for much of Beijing’s smog, has much bigger carbon footprint equivalent to resource-rich Australia, putting efforts by individual cities into the shade, the report says.

Although some provinces and cities have pollution control targets and coal caps, Beijing has the most ambitious plan in China to cut coal consumption, meaning in the short-term the nationwide impacts of anti-coal measures will barely register.

“Both carbon emissions and air pollution are long-term issues for Chinese policymakers at national and local levels,” the report adds.

“Even if he current Clean Air Plans across China are fully achieved, the local pollution and carbon emissions will remain high by international standards.”

Accurate measuring the nationwide impact of measures to reduce smog are thwarted by a lack of data in many provinces, Chai told RTCC.

Beijing is at the forefront of China’s efforts as the country’s rulers and visiting dignitaries peer out sunless, shrouded skies, the city’s increasingly disgruntled residents don facemasks and foreign companies such as Japan’s Panasonic offer ‘danger money’ for its employees in the country’s capital.

China is the world’s largest emitter of greenhouse gases, pumping out around 9 billion tonnes of energy-related CO2 in 2013, according to estimates from the US Energy Information Agency.

Green groups warn these levels could almost double by 2040 unless China caps emissions and curbs coal use on a nationwide basis by using taxes, tough emissions standards on the energy industry and high carbon prices.

Analysts said that only be applying tough new measures across the country will prevent the migration of power generation and heavy industry to resource-rich but relatively poor western provinces, where regulations are usually much weaker than eastern cities.

China is planning to turn its vast reserves of coal into gas, a highly carbon-intensive process that would offset many of the benefits of a switch towards the cleaner fossil fuel in power generation.

Although forecasts suggest that gas and renewables will increase the share of China’s energy mix, coal will still have a major role in generating the country’s power decades from now, when overall energy demand in the world’s most-populous nation is likely to have grown sharply.