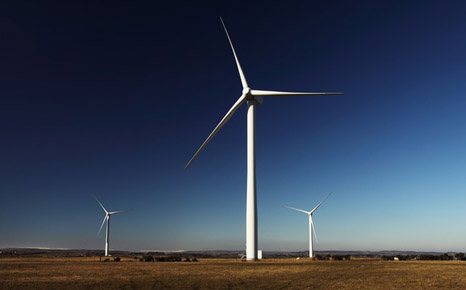 China could slash its greenhouse gas emissions by using renewable energy for 80% of its power generation by mid-century, and at a far less a cost than relying on coal, a new report said today.

For this to happen, the world’s largest emitter would need to phase out the use of coal completely by 2040, engineer high carbon prices through emissions trading schemes and impose rigorous standards of energy efficiency, WWF said in its report.

“By fully embracing energy conservation, efficiency and renewables, China has the potential to demonstrate to the world that economic growth is possible while sharply reducing the emissions that drive unhealthy air pollution and climate change,” said WWF’s China Climate and Energy Program Director Lunyan Lu in a press release.

A rush towards renewables away from coal could cut emissions from its energy sector to just 250 million tonnes of CO2 equivalent a year by 2050, compared with a business-as-usual level of 4 billion tonnes, the WWF report said.

Moreover, a low carbon energy mix would mean a planned roll-out of electric cars in the world’s most-populous country would be relying on renewables, not coal.

Green groups such as WWF say that without an almost total switch to renewables, China and other large countries will make it difficult for the world to avoid runaway climate change.

“With the 2015 deadline for a global climate agreement quickly approaching, new domestic action in China, such as a cap on coal use, is desperately needed…Such action is feasible and in China’s economic interests,” it added.

To increase renewables to an 80% share of power generation by 2050 would require a slew of policies that could be difficult to implement.

Without these policies, the 20% share that renewables have in China’s energy mix could fall below 10% by 2050 as a threefold increase in demand for power would mainly be met mainly by coal.

Tough action on existing coal plants would be needed because much of the country’s economic growth in the past decade has been powered mainly by increasing use of the fuel, meaning carbon-intensive power is locked in for many decades.

China is the world’s largest producer of coal, and the fuel is used for around 70% of the country’s power generation.

And although the fuel has become increasingly unpopular because of worsening air quality in its cities, China may move coal-fired power stations to provinces where mining still employs millions and has close ties with provincial governors and local Communist Party bosses.

Delivering an energy transition in China would require much stronger powers for the National Development and Reform Commission, China’s central energy and planning ministry, to enforce a phase-out of coal.

And even if China were to slow or stop building news coal-fired power stations, policymakers may also have to intervene to curb the amount of the fossil fuel fed into plants that produce synthetic gas, a highly carbon intensive process that scientists warn would be disastrous for the global climate.