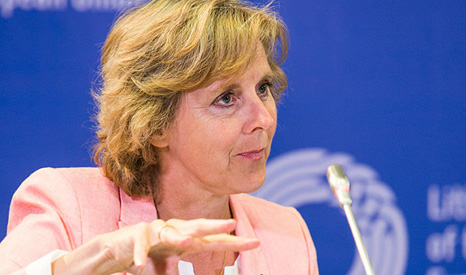 Any international climate change agreement must be built on national legislation, the European Union says in a submission to the UN.

“It will be essential that national governments take the lead in designing and implementing ambitious climate policies as a basis for enhanced action and enhanced support, both in the areas of mitigation and adaptation,” the document reads.

It also emphasises the importance of agreement on what it terms ‘up front information requirements’, or the criteria under which carbon cutting pledges will be submitted.

“Addressing this issue as early as possible will facilitate preparations for how the international community will consider in 2015 whether proposed commitments are collectively sufficient to stay on track for below 2C and are individually transparent and fair,” it says.

The EU wants national pledges to be submitted by the first quarter of 2015, stressing they should be open to “regular assessment” to ensure the trajectory to avoid 2C is met.

And it says the level of carbon cuts countries make must reflect the “changed and changing responsibilities and capabilities” of parties, and be “transparent, quantifiable, verifiable and ambitious.”

Countries have agreed to prepare a draft negotiating text for a UN summit this December in Peru, which will form the basis of an international agreement scheduled to be signed off in Paris next year.

Pete Betts, a senior UK official and EU Lead negotiator outlined the key elements that will need to be included in this text.

“We’ll need to be clear on the legal form of the document, how binding mitigation commitments are captured in the agreement, the MRV system and accounting system, but also the finance, adaptation, technology and so on…and we’ll need to have a sense of how many of those are in the main legal agreement and how many are captured in subsidiary agreements.”

EU ministers are currently negotiating what level of carbon reduction they will commit to in any UN agreement.

Current proposals would see member states adopt a 40% reduction on 1990 levels by 2030, together with a 27% share for renewable energy.