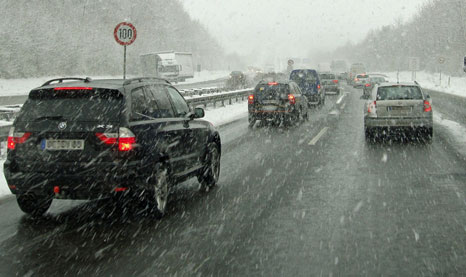 The European Parliament yesterday backed the world’s most stringent standards on carbon dioxide emissions for new cars, a move that could shrink the EU’s carbon footprint by 442 million tonnes by 2030.

The new rules limit emissions to 95 grams of carbon dioxide per kilometre (g/km) as an average across all new cars sold in the 28-nation bloc from 2021, compared with an existing limit of 130 g/km.

The vote will mean a one-year delay in implementing the tighter emissions standards compared to what was proposed by the European Commission, following intense lobbying by German carmakers.

She added: “The 95g target is achievable by employing technologies available today. But it is clear that long-term clarity is important for the car industry. This is why the Commission will now focus on the next step and come up with ideas for a post-2020 target in the coming months”.

EU economic modelling shows that the tougher emissions standards would mean a total cut in a CO2 emissions from cars and vans of around 422 Mt CO2 up to 2030.

“This one year delay to the car emissions law was an unnecessary weakening to please luxury German carmakers. Nevertheless, the final agreement is still a good deal for the environment, EU economy and drivers – reducing fuel use and CO2 emissions by 27% over 6 years,” said Greg Archer of environmental group Transport and Environment.

However the green group said the improved car fuel efficiency in 2020 would be much less than officially stated unless a new testing system is introduced as part of the new emissions standards.

It added: “The current test is unrepresentative, with weak rules that carmakers manipulate leading to fuel economy figures on average 23% worse in tests than typically achieved on the roads.”

Carmakers such as BMW and Daimler Chrysler had argued that the tougher emissions standards would be extremely tough to meet and argued for extra time to implement them in new models.