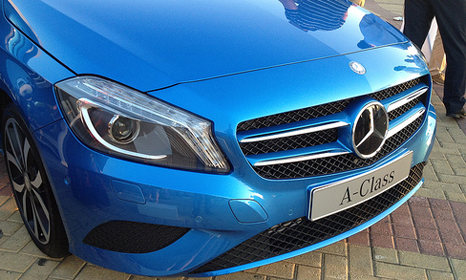 The EU has postponed a deal to limit emissions from new cars to 95g CO2/km by 2020, after intense lobbying against the new proposals from a German-led coalition.

European Environment Ministers discussed the potential agreement at a summit in Luxembourg, but amid an increasingly tense and fractious scenes, the Lithuanian Presidency of the EU said a delay was the best option.

Current regulations are 130g/CO2 per km. Germany has suggested the gentle introduction of new limits from 2020 to 2024, which it believes will protect BMW, Daimler and Audi, who make heavier cars that will be hit by tougher targets.

Addressing Ministers, EU Climate Commissioner accused some countries of “realpolitik”, warning that “if we are not serious the whole thing may unravel and we won’t get any agreement.”

In a subsequent press conference Hedegaard said the “room for manoeuvre was limited”, adding that she did not think the German proposals could work.

“A four year phase in – I don’t think that is limited,” she said.

“It’s an unacceptable price, which will be paid by every European driver in higher fuel bills, by the planet that will warm quicker and potentially by Europe’s auto sector that will be less competitive.

“The deal struck in June was a reasonable political compromise. Now we go back to the drawing board.”

“Any claim by the Liberal Democrats that they are a moderating influence on the coalition’s environmental vandalism has been well and truly exposed as total cobblers after Ed Davey supported German proposals that would have seen a gradual reduction in car emissions by 2020 – a policy that the coalition was supporting only three months ago.”

Separately, Hedegaard said there was general agreement among member states that 2014 needed to be a “year of climate ambition”.

And indicating the EU negotiating team now has a mandate ahead of UN climate talks in Warsaw next month, she said the pressure was now on countries outside the EU to step up.

“This is important because we should not conclude an empty deal,” she said. “Not just about process and structures, but what countries are prepared to do.

“Back in July I thought I heard too many big countries to say we cannot get ready – but in New York recently it was a different tone. They know they need to be ready with numbers.”