With EU due to vote on standards to clean up car industry on Friday, Germany has made one final attempt to delay negotiations 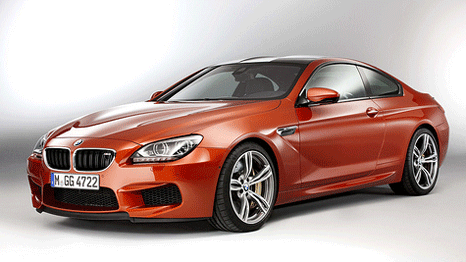 Germany is holding up last minute negotiations to improve the environmental efficiency of cars in the EU, leaked documents show.

As EU member states work towards finalising new standards for fuel efficiency, Germany has suggested phasing in the final target over a period of five years, meaning the ultimate target of 95 grams of CO2 per kilometre (g/km)would be set back to 2024.

Currently, the EU is trying to implement legislation that would cut emissions to 95g/km by 2020, in what is the second phase of ongoing attempts to reduce the negative environmental impact of the automotive industry. The first phase saw the EU successfully limit emissions to 130g/km by 2015.

The vote is due to go ahead this Friday, but the move from the Germans could delay the vote and take negotiations back to the drawing board. This delay would potentially push the negotiations over into the the next EU Parliament, where the Italians are holding presidency.

A document circulated by Germany around the EU claims that the issue of flexibility has not been sufficiently dealt with during the negotiations.

“We thus suggest to introduce the following phase-in-model for the target of 95g CO2/km in 2020 into the legislation,” said the document.

Such a “phase-in” approach would not only hinder the environmental efficiency of the program, but would make a further 2025 target impossible, as the full 2020 target would have only just kicked in.

This is not the first time that Germany has objected to regulations of the automotive industry, reflecting the powerful influence of the car manufacturers in the country, in particular BMW and Daimler.

RTCC reported in August of the enormous power the industry wields over the politics in the country, with one Brussels insider calling their influence over the German government “incredible”.

German Chancellor Angela Merkel lobbied for the energy efficiency proposals to be dropped from the agenda of a European Council meeting in June. One of its major proposals has been to expand the “supercredits” scheme, where companies are permitted to sell more of their big gas guzzling cars for every low carbon vehicle they sell.

Greg Archer, clean vehicles manager of Transport & Environment said: “On the day that IPCC confirms that global warming is a clear and dangerous risk, Germany wants to give its luxury carmakers four more years to keep selling gas-guzzlers. We need ambitious fuel efficiency standards to save drivers money, boost the economy and reduce climate-changing emissions.”

While most countries, and most car manufacturers, are keen to push through the legislation as it stands, Germany hopes that it can delay the negotiations until it can ensure a majority.

A Germany diplomat told ENDS Europe that Germany would only be prepared to vote “when we have reliable signs that there is enough support for our proposal.”

Holding up the vote on Friday means that the agreement on the table will likely have to go to a second reading, which means all the other issues already agreed upon will also have to be renegotiated – an outcome that would give Germany another chance to push through its supercredits proposals.

Cecile Toubeau from Transport & Environment said, “You’re back to the drawing board essentially. It means Germany can then renegotiate supercredits, which is what they’ve wanted all along. We think this phase in is to try to tempt the member states to believe that if they push this through it’ll be alright.”

“But then what will really happen is the negotiation will move to a second reading and you won’t have this conclusion anymore.”

This is something that she says other EU states are nervous about, but that the outcome of the vote on Friday is still difficult to predict.

“At the moment the member states are by and large standing firm to the position that they want a vote on the agreed deal,” she says, “but there are a number of member states that might, we think, waiver under pressure – possibly France, possibly Poland.

“It’s down to the day. If the member states suddenly change their minds, then it does become quite difficult.”