China overtakes US as biggest spender on smart grids 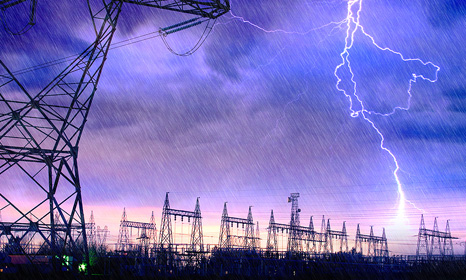 China has outspent the US for the first time on installing so-called smart grids, according to a report released today, meaning the world’s largest most populous country could take the lead in managing power demand through technology such as smart meters.

“Global investment in the smart grid increased relatively modestly last year after five years of rapid growth,” said Bloomberg New Energy Finance in a press release, pointing to a sharp slowdown in spending in the US .

“But the fundamental drivers of the smart grid – greater grid reliability, further integration of renewable energy, and improved demand-side management – are stronger than ever,” the report added.

China took the lead through spending $4.3 billion on smart grids in 2013, most of which went on 62 million smart meters last year, while spending in the US slumped by a third to $3.6 billion as spending waned from fiscal stimulus packages, BNEF said.

Meanwhile, Europe’s rollout of smart meters is expected to pick up speed towards the end of the decade, perhaps reaching 180 million by 2020 as the Germany, UK, Spain all embark on major programmes to install the technology, the research added.

The US and China said over the weekend that they hoped to agree later next year how the countries could cooperate on building smart grids, a deal that could be a boon to technology companies.