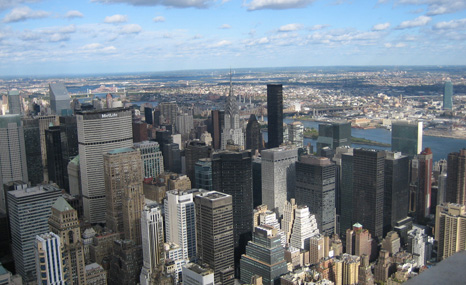 New York’s $1 billion green bank said yesterday it is open for business and will work with the private sector to lend money to renewables and energy efficiency projects that could help lower carbon emissions.

The state’s efforts in making public money available for low-carbon technology such as solar panels, wind and energy efficiency are likely to be closely watched because of its huge role in global finance and strong political clout.

“Today’s announcement that the NY Green Bank is ‘open for business’ confirms the State’s unwavering commitment to a more cost effective and resilient energy system, to creating green jobs and to providing a cleaner environment for all New Yorkers,” said New York governor Andrew Cuomo in a statement.

He added that the NY Green Bank would help speed up the flow of private capital, sending a message to the financial markets that expanding clean energy is a priority for the state.

The bank eventually hopes to raise $1 billion, is looking to unlock funding from the private sector so that green technologies become more commonplace, driving down the costs to make them more affordable for business and householders in the second-biggest state in the US.

The state said last month it had made $200 million available in funds and will operate along similar lines to the UK’s Green Investment Bank, which has been promised 4 billion pounds in state funding to attract finance from private sector banks.

New York’s green bank aims to offer loans and other incentives for economically viable clean energy projects that cannot currently access funding because of barriers such as federal policy uncertainty, insufficient data on the performance of some newer technologies, and the lack of publicly traded capital markets for clean energy.

Last year former New York City mayor Michael Bloomberg said the urban area’s emissions were down 20% since 2005, and the state as a whole draws much of its electricity from nuclear and hydroelectric power plants.

But the state is also a big user of natural gas and relies upon on a relatively old and inefficient power grid, while cars, trucks and agriculture also have a big carbon footprint.

The state is one of the founder members of the Regional Greenhouse Gas Initiative, but an overallocation of permits to power generators meant that carbon prices became too low to persuade utilities to switch to lower carbon forms of energy.