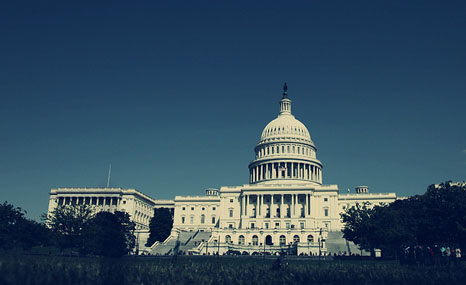 US Congress will this week scrutinise President Obama’s plans to regulate the US coal industry and try and elicit support from Democrats in mining states, but the sector is on the defensive after two major spills that have poisoned rivers in West Virginia and North Carolina.

Republican Congressmen later today will grill White House officials on whether new coal-fired power plants are feasible under the proposed new regulations, which have placed a low threshold on the amount of carbon that new plants can emit.

Republicans are trying to put pressure on Democrats who are running for office in relatively poor coal-mining states to reject the President’s policies, a tactic that appears to have yielded some results.

“I’m running to put West Virginia first, and I will stand up to the President or anyone else to do what’s right for our state,” Natalie Tenant, a Democrat who is seeking election to the Senate in November, said during campaigning at the weekend.

“The president is wrong on coal — we simply cannot have an all-of-the-above energy policy that doesn’t include coal.”

In 2012, coal was used to power 37% of the 4 trillion killowatthours of electricity generated, accounting for 31% of the USA’s energy-related carbon dioxide emissions.

Reducing the country’s dependence on coal is a major plank in Obama’s Climate Action Plan, which aims to ensure the country meets its international target to cut emissions 17% by 2020 on 2005 levels.

Last June, Obama directed the Environmental Protection Agency to work closely with states, industry and others to draw up carbon pollution standards for both new and existing power plants, as part of wider plans to cut US carbon emissions.

Opponents of the plan say the regulations that would limit new permits to so-called ‘clean coal’ power plants are likely to be so stringent that they will destroy demand for coal and harm US energy security.

Although Obama’s proposed regulations on the fossil fuel would be carried out through the executive arm of the government – effectively bypassing Congress – Republicans are fighting on several fronts against what they regard as Obama’s ‘War on Coal’.

Senate Minority leader Mitch McConnell, a Kentucky Republican who is running for re-election this year, is trying to use the Supreme Court to have the proposed curbs on coal blocked on constitutional grounds.

Texas Republican Senator Ted Cruz, a potential presidential candidate, yesterday tried to rally support for the ‘Regulations From the Executive in Need of Scrutiny Act’, which would require congressional approval for all major rules and regulations.

But two recent spills related to the burning and processing of coal have prompted further questions of the coal and power industries.

Water supplies in North Carolina were contaminated earlier this month by the release of coal ash from a retired power plant owned by Duke Energy, one of the largest utilities in the us polluting water supplies with toxic material such as arsenic, lead, chromium and other heavy metal.

In January supplies of drinking water to 300,000 people were polluted in West Virginia because of chemical used to clean coal escaped from a storage tank.