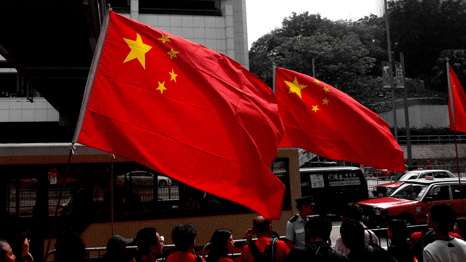 Documents released yesterday show that China wanted references to a global “carbon budget” to be excluded from the latest report from the Intergovernmental Panel on Climate Change.

Government officials told the UN’s top climate scientists last year that countries should not be told there is a fixed volume of carbon dioxide that can be burnt before the world experiences dangerous levels of warming.

Review papers released by the IPCC show that the Chinese believed that the figure was too uncertain to be included in the 30-page Summary for Policymakers, which is targeted at the world’s top politicians.

“It is inappropriate for such an argument with much uncertainty to be cited as a key conclusion in the Technical Summary and the Summary for Policymakers,” government officials wrote.

“Therefore, it is proposed to take out relevant words from the Technical Summary and the Summary for Policymakers.”

Their complaints were rejected but highlight just how politically sensitive the the concept of a finite carbon budget is.

The IPCC report said that humans cannot emit more than 1000 gigatonnes of carbon dioxide if it is to have a good chance of keeping temperatures below 2C, the threshold at which warming will start to create severe problems.

Over half of this budget has already been used up, and at current rates of emissions it will be exhausted in 30 years. It is the first time that scientists put a cap on the world’s future emissions.

There were 33 pages of comments made on the report, part of an exhaustive process of scrutiny by individuals and governments.

IPCC officials reviewing the comments rejected the Chinese suggestion that the concept of a carbon budget be removed from the summary.

The responded: “The concept of cumulated emissions is well established in the peer-reviewed scientific literature” and that it formed an “integral component” of the report.

Mat Collins, a climate scientist at the UK’s Met Office and lead author on the report, told RTCC that he thought the carbon budget concept was robust enough to be included.

“We assessed the uncertainties and made sure we had the caveats in there. I think we were doing our duty to bring this result out, because it’s an interesting result for the debate,” he said.

He added that there had also been a lot of debate, led by the Chinese, over the concept of a carbon budget at a meeting in Stockholm in September, where the final details of the report were set down. He said that the officials questioned how there could be such a simple relationship between volume of carbon emitted and the temperature of the planet.

Piers Forster, another climate scientist who worked on the IPCC report, told RTCC that the Chinese held back from questioning the science itself: “I would say that in the negotiations the Chinese – even though they don’t play cricket –  played with a straight bat – only ever requesting clarification of the science rather than challenging it.”

There are important political ramifications of the carbon budget to be taken into account.

Analysts of the UN process say that states are unlikely to accept being told exactly how much carbon they are allowed to emit in the future. The US in particular has advocated for a “flexible” approach, with countries deciding themselves what level of emissions reductions they can offer.

But even this is difficult, as leaders continue to wrangle over how much of the burden of reducing their emissions they should shoulder, based on their responsibility for the problem in the past.

Speaking at a press conference yesterday, Swiss climate scientist Thomas Stocker, who chaired many of the meetings, admitted it was a contentious issue.

“It was quite understandable and foreseeable there were many questions because it is of such high policy relevance,” he said.

Christiana Figueres, who leads the UN’s international efforts to tackle global warming, said last year after the IPCC had been released that the carbon budget could not be the basis for negotiations when countries meet to sign off a global climate change treaty. “Politically it would be very difficult,” she said.

China is now the world’s largest greenhouse gas emitter, overtaking the USA in 2007. A recent report found that China is historically responsible for about 8% of total emissions, on par with Russia, compared to 20% from the US.