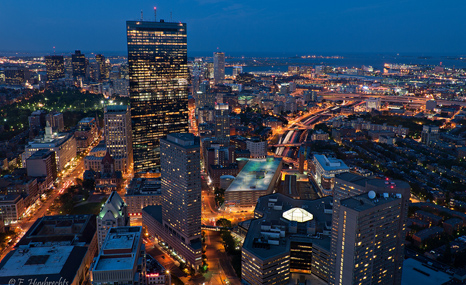 Northeastern US states have followed the European Union in taking measures to tighten their carbon market after a glut of permits drove prices so low that power plants and heavy industry had little incentive to cut carbon dioxide emissions.

Yesterday, the Regional Greenhouse Gas Initiative (RGGI) today announced said it would cap emission of CO2 from installations in its scheme at 91 million tonnes for this year, down 45% from 2013 levels.

The scheme, which covers nine states including New York and Massachucetts, will further cut the amount that plants can emit by 2.5% each year from 2015 to 2020.

“The cap reduction and accompanying RGGI program improvements will help ensure RGGI’s continued effectiveness – strengthening its position as a carbon pollution reduction model for the nation,” said Kenneth Kimmell, Commissioner of the Massachusetts Department of Environmental Protection and Chair of the RGGI.

Report: US states ask Obama to back ‘national carbon market’

The first auction under the new cap will take place in March, and is an attempt to revive a scheme that was rendered moribund by low prices as total emissions were far below the previous cap.

Connecticut, Delaware, Maine, Maryland, New Hampshire, Rhode Island, and Vermont also participate in the scheme, which has been outflanked by California’s trading system.

There, prices have remained relatively high since the scheme’s launch a year ago and is more ambitious in terms of emissions reduction goals, although critics point out that the western scheme is also in surplus.

Last week the EU rubber-stamped a plan to temporarily remove 900 million allowances from its trading scheme, the world’s largest, in an attempt to raise prices and provide incentives for emissions cuts.

On Wednesday, an appeals in New Jersey court will hear arguments on whether Governor Chris Christie’s decision to  withdraw  the state from RGGI was legal, heightening expectation among green groups that the state might have to rejoin.