Nine US states call for Obama to back national carbon market 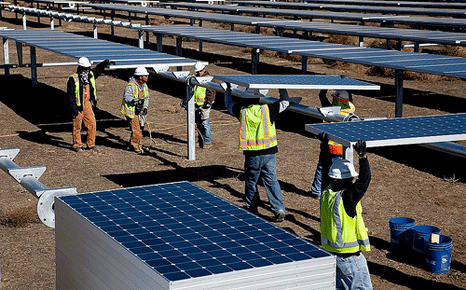 Nine north-eastern US states running a regional carbon market say the Obama Administration needs to make emissions trading a cornerstone of its efforts to address pollution and climate change.

A submission from the Regional Greenhouse Gas Initiative, known as RGGI, calls on the government to “empower states to develop market-based greenhouse gas (GHG) emission reduction programs”, arguing this is the most cost-effective and efficient way of making a transition to a low carbon power sector.

RGGI has operated since 2009, and includes the likes of Connecticut, Delaware, Massachusetts, New York and Rhode Island, and has capped power plant emissions in 2014 to 91 million tonnes of CO2.

“RGGI has once again proved that state leadership provides the laboratory for innovation that federal programs can build upon,” said New York State Commissioner of Environmental Conservation Joe Martens. “The structure of the RGGI program offers an efficient and cost-effective template that can be tailored to the needs of states throughout the nation.”

Analysis: RGGI: proof carbon trading can work in the USA?

CO2 emissions from the power sector in the nine RGGI states dropped by more than 40% by 2012, even as the regional economy continued to grow.

Proceeds from the RGGI auctions from just the first three years of the program (2009-11) have reduced energy bills by more than $1 billion and added a net of $1.6 billion to the economies in the RGGI states.

Statistics indicate the popularity of carbon trading is growing both nationally and internationally.

As of December 2013, 17 countries have carbon pricing mechanisms either running or planned. According to a recent study by the World Bank these cover greenhouse gas emissions of 10 GtCO2e/y, equal to 21% of the 50 GtCO2e emitted globally.

Increasing pollution have forced China’s hand in implementing carbon markets and is now on course to roll out its fourth of seven pilot schemes, which will see it become the world’s epicentre of carbon trading.

Justin Johnson, Deputy Secretary of the Vermont Agency of Natural Resources said RGGI is a powerful tool against the effects of climate change.

“Having witnessed the devastation caused by Tropical Storm Irene, Vermonters understand the threat that extreme weather events and climate change pose to our nation’s economic well-being.”