Cost of EU carbon allowances will rise by 50% on 2013 levels as health of global scheme improves, says a Bloomberg report 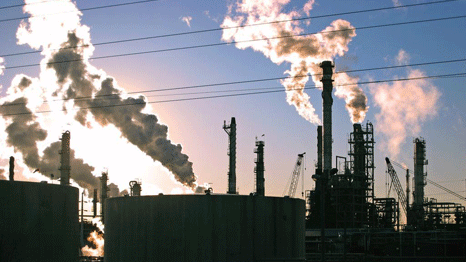 The global carbon market will be worth €46 billion in 2014, up 15% from last year, as moves by the EU will boost prices and emissions trading schemes evolve in Asia, analysts at Bloomberg New Energy Finance said in a report today.

The report from BNEF said it expected prices of allowances in the EU’s emissions trading scheme to rise to €7.5 this year, up 50% from 2013, although oversupply in California’s system would mean that prices there would only rise very slightly.

Late last year the EU Parliament and Council of Ministers approved the ‘backloading’ of auctions of 900 million European Union carbon allowances, that would otherwise have taken place in 2014-16, into the later years of the decade.

Today European governments approved the ‘backloading’ of auctions of 900 million European Union carbon allowances that would otherwise have taken place in 2014-16, into the later years of the decade, and permits are expected to be withdrawn from the market after April.

World carbon markets have been on the ropes over the past several years, as the global economic downturn prompted prices of EU allowances to fall 90% from their pre-recession peak, while the value of UN-backed offsets that finance low carbon projects in developing countries became almost worthless.

The cause of carbon trading also hasn’t been helped by the newly-elected Australian government’s decision to scrap the country’s carbon trading scheme.

While the Bloomberg analysts said there was room for some optimism this year, the report said there were mainly reasons to be cautious.

“Carbon markets have been on a roller coaster over the last few years and we continue to see a stomach-churning ride ahead,” said Guy Turner, chief economist at BNEF.

He added: “The roller coaster could well take another dip downwards towards 2020 if the backloading rules remain in place, as they would force supply to increase again in the latter years of the decade.”

And although the measure has enabled prices to pull further away from record lows, the price of carbon in the EU is likely too far below the levels required to encourage new technologies such as carbon capture and storage.

The worth of the global market remains far below its high water mark of €98 million in 2011, according to BNEF figures, which was based on volume of 8.7 billion carbon permits traded.

They added that volume in global carbon markets would likely fall to 8.3 billion permits in 2014, down from around 10 billion last year.