This year has reaped a vintage crop of climate change protests. RTCC has picked some of the best. 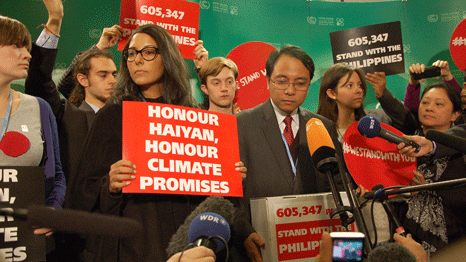 Arctic 30 take on Russia
There’s not really any competition for the number one protest this year. When Greenpeace decided to take on Russian oil giant Gazprom in September, events escalated quickly. The 30 activists were arrested, their ship was seized, and charges of piracy and hooliganism were brought against them. For a while, it seemed like they could be imprisoned for up to 15 years, raising the stakes of environmental protest, and showing just how far Russia is willing to go to protect its oil interests. But as of today, it looks like they’ll be home for Christmas. 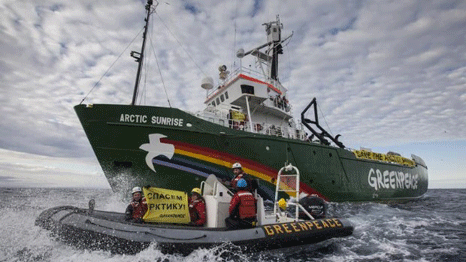 Anti-fracking protesters besiege Balcombe
With 2013 having earned the epithet ‘the year of fracking’, no protest list would be complete without a mention of the festivities that took place in Balcombe this summer. What started as something resembling an English tea party quickly transformed into the biggest UK demonstration against fracking so far, culminating in the arrest of Green Party MP Caroline Lucas. 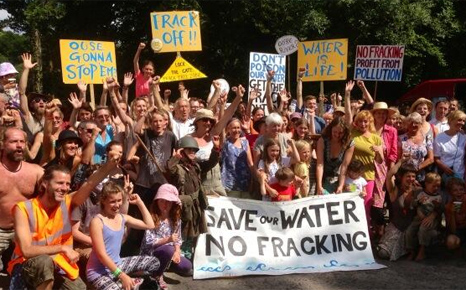 Reverend Billy and his golden toads
When Billy Talen entered JP Morgan Chase impersonating a Baptist preacher with eight life sized golden toads in tow, America’s largest bank was not amused. The actor, adopting the moniker the Rev Billy, delivered a ‘sermon’ in the foyer on the company’s history of financing fossil fuel intensive projects. He was arrested, and now faces a year in prison.

Fasting for the climate
In his tearful opening speech at the UN climate talks in November, Filipino Climate Change Commissioner Yeb Sano announced that he would fast throughout the two-week negotiations unless there was evidence of meaningful action. Spurred on by the disastrous typhoon Haiyan, he was joined by other NGO representatives, in a mass expression of the frustration that often accompanies the sluggish UN process.

Liberate Tate
One of this year’s spookier displays of moral outrage took place in the UK’s Tate Gallery, when performance group Liberate Tate marched through BP-sponsored exhibition of chronological artwork wearing black veils, chanting the carbon dioxide levels at each milestone. The performance started in the ‘1840’ room with the beginning of industrialisation, and ended with contemporary art, created as levels hit 400 parts per million for the first time.

NGOs walk out of Warsaw
Leading environmental groups from across the world decided to voluntarily withdraw from the UN climate talks in Warsaw this year, deciding that a better use of their time would be to mobilise people to push governments for more serious action. The walkout was the first of its kind at the international negotiations, where bitter debates can hamper progress towards speedy action on climate change.

Spanish protesters throw pies
In a choice of tactics rarely seen outside of the circus ring these days, four Spanish activists threw cream pies into the face of one of the country’s regional governors in November to protest the development of a high speed rail network that threatens forest land in the Pyrenees. The stunt quickly became less amusing – the protesters now face up to nine years in prison, following a trial their lawyers say is reminiscent of the Spanish Inquisition.

Milk and coal
Like Margaret Thatcher in reverse, New Zealand activists handed out dairy products with a lump of coal to Auckland residents in March, protesting the partnership between dairy company Fonterra and coal company Glencoal. The supplies were supposed to highlight how the dairy products are produced by mining and burning coal.

Greenpeace scales the Shard
Six climbers from Greenpeace climbed to the top of the Shard, the tallest building in Western Europe, in protest against Shell’s proposals to drill in the Arctic. The ascent took nearly 16 hours, and at the summit they unfurled a ‘Save the Arctic’ flag. All six were arrested on suspicion of aggravated trespass.