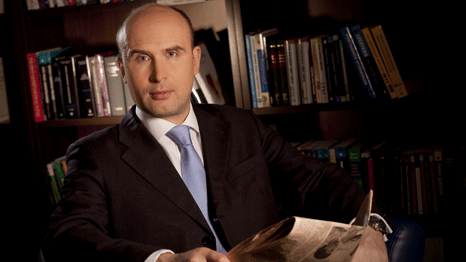 Poland’s top climate change official has called for the EU’s new emissions reduction package to be delayed until 2015, a year later than planned.

Marcin Korolec, president of this year’s UN climate summit and Polish Secretary of State for climate change, said that an EU agreement on a package of measures to tackle climate change for the decade up to 2030 should not be finalised until 2015.

Speaking at a conference in Brussels this week, Korolec said that delaying the final decision until the following year would align the process with the UN negotiations, which would prevent the bloc from being “abandoned” by less ambitious countries.

“We need targets and instruments [that are] competitive enough with Asia and Canada and the US,” he said.

@RTCCnewswire What “delay”? I think we all know the #COP19 decision on the roadmap to Paris by now. Contributions 1Q 2015
— Marcin Korolec (@MarcinKorolec) December 6, 2013

@RTCCnewswire This is the date #EC will publish the White Paper – food for thought and discussion.
— Marcin Korolec (@MarcinKorolec) December 6, 2013

The EU has said it will announce its initial package on the 22 January next year, which will go to the Council for final discussions in March. Targets are currently hovering between a 35-45% reduction to emissions, an increase on the current target of 20% by 2020.

Rather than holding up the EU process, Korolec said that this would be a chance for officials to “think and be prepared with a position in due time and in a due way”.

Last month, the UN’s climate body decided that countries should be ready with their emission reduction pledges by the first quarter of 2015 – enough time for these to be reviewed before they are finalised in a treaty to be drawn up in Paris at the end of the year, but after the EU’s favoured deadline of 2014.

The EU is currently the only bloc that has planned to put its international emissions reductions targets on the table before 2015, as its 2030 domestic package will form the basis of its commitment within the UN framework.

“We have to continue to have an ambitious greenhouse gas reduction target,” said EU Climate Commissioner Connie Hedegaard yesterday in an interview with news agency Vieuws.

She added that she thought having independent efficiency and renewables targets as part of the overall package was the best way to drive down emissions.

Within the 28-nation bloc, some countries are less ambitious than others. Despite hosting this year’s UN climate conference, Poland falls far behind on climate ambition.

Reuters reported Korolec saying last month that: “This tendency of some European politicians stressing that the EU is a leader is in my opinion counterproductive.”

The eastern European country, which depends upon coal for 90% of its energy mix, invited criticism last month for hosting a coal summit at the same time as the UN’s climate talks. The Polish presidency was accused of holding up the negotiations by putting its national interests ahead of international goals.

Bas Eickhout, a Member of the European Parliament for the Green Party, told RTCC that Poland had yet to propose an emissions reduction target for the EU’s 2030 package, in contrast to the UK, which is currently pushing for 50% cuts in greenhouse gases.

“I haven’t seen anything from Poland,” he said. “Poland was reluctant to come forward with percentages.”