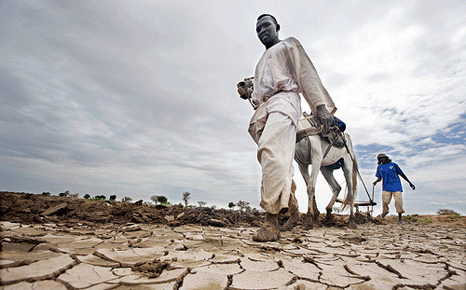 Three leading NGOs say climate impacts are now so severe in developing parts of the world that a UN-backed compensation system for affected areas is a priority.

WWF, Care and actionaid say “induced loss and damage” as a result of soaring levels of greenhouse gases in the atmosphere is an “extreme global injustice”, and set to hit food production, ecosystems and livelihoods.

They say envoys at UN climate talks in Warsaw need to rapidly speed up efforts to develop a way of helping vulnerable communities.

“It was decided in the Doha climate conference that international arrangement, such as an international mechanism will be established this year in Warsaw,” said ActionAid’s Harjeet Sing

“The mechanism needs to be established here and now in Warsaw. Parties should agree on the key functions here, while modalities can be detailed later in 2014 so that the mechanism can be fully operationalised in 2015.”

Developed nations are currently unwilling to commit to a new loss and damage body, fearing that climate compensation demands could go out of control.

This week a coalition of over 100 developing nations, comprising of the G77+China, the Alliance of Small Island States and the Least Developed Countries bloc demanded the issue be raised to the top of the agenda in Warsaw.

Many richer nations – notably the USA – have been given explicit instructions from their governments to block these attempts.

One reason why loss and damage has gained such a high profile in Warsaw is down to the brutal impacts of Typhoon Haiyan, which swept through the Philippines last weekend, obliterating some towns on the country’s east coast.

Filipino envoy Yeb Sano has told delegates that he will fast throughout the two-week conference “in solidarity with my countrymen who are now struggling for food back home.”

Singh argues this protest will be hard to ignore: “How can the sufferings of people in Philippines and rest of the world be brushed aside for some vested interests?”

Preparing for the worst

With these plans, poor countries can better assess the immediate impacts of change, for example drought and floods, and what they need in the way of support to become more resilient to climate change impacts.

For example, Angola is seeking to adapt its fisheries to climate change. Cambodia is looking to make its water supplies and agriculture more resilient. And Samoa is seeking to strengthen the infrastructure of communities which are dependent on tourism.

The NAPAs have identified that at least $1.4 billion in additional funding would be required to support the successful implementation of these projects.