Norwegian pension fund could be invested in renewable energy 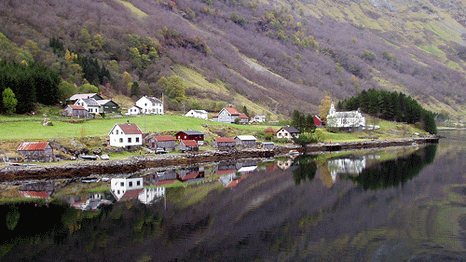 The newly elected Norwegian government is considering establishing a mandate for its pension fund to be invested in renewable energy, according to the political platform released on Monday.

It is a move which campaigners say could foster an “unprecedented shift” in investments in renewable energy if done at scale. The Norwegian Government Pension Fund Global (GPFG) is the world’s largest sovereign wealth fund, owning over 1% of global shares. It holds the surplus funds created by Norway’s petroleum income.

The move by the government follows a letter sent last week by alliance of investors, businesses, and civil society, urging the government to expand its investments towards renewable energy.

In the letter, they highlight that the Fund’s size and long-term investment horizon makes it ideal for investing in renewable energy, adding that such a move would not be without precedent: both the Danish and the Dutch government are already investing their pension funds into renewable energy infrastructure.

“Norwegian savings could change the world,” said Nina Jensen, CEO of WWF-Norway. “This would provide a powerful boost for the shift from fossil fuels to renewable energy.”

Writing in RTCC last month, climate policy analyst Bard Lahn mused whether Norway would be able to maintain its strong stance on climate through the change of government, with the centre-left coalition making way for a minority Conservative government.

“In domestic policy, climate change mitigation is a highly contested issue, frequently clashing with industry demands for expanding oil exploration and increasing the use of natural gas,” he wrote.

The platform also committed to investments in sustainable companies and developing economies, in a strong indication that Norway is looking to maintain its progressive position.

“If Norway actually did this, it will be an unprecedented shift in both the global investment community and also for tangible action on climate change,” said Samantha Smith, leader of WWF’s Global Climate & Energy Initiative.

“We now look to the Government of Norway to take the next step by putting thoughts into action.”