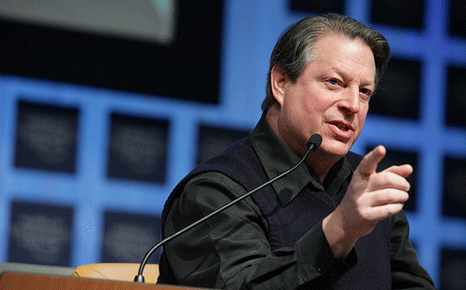 Former US vice-president Al Gore and his investment partner have made a four-point plan for businesses to make the transition to a carbon-free economy.

Writing in the Washington Post, Gore and David Blood, chairman of Generation Investment Management say the onus lies on investors, who have the power to stop fossil fuel industry growth by divesting funds. Otherwise, they face losing money when assets lose their economic value in the future.

“The case to incorporate carbon risk into both equity and debt valuations now is one of short- and long-term prudent risk management,” said Gore and Blood.

They are calling on companies to firstly identify the extent to which carbon risk is embedded in current and future investments.

Second, they should engage with board members in planning how to mitigate and disclose carbon risks.

“Investors should pressure executive teams to divert cash flow away from capital expenditures on developing fossil fuels and toward more productive uses in the context of a transition to a low carbon economy,” they wrote.

Investors should capitalise on emerging industries like renewable energy, electric vehicles and energy efficient technology to “buffer the impact an extreme carbon risk event might have on a portfolio.”

Fourth, Gore and Blood tell companies to divest from high-carbon fossil fuel assets, which they say is the “surest way to reduce carbon risk” fast.

They said this may prove to be the most difficult of their four-point plan to complete, but “such a transition could be phased in over several years.

“Early and easy progress can be made by divesting from the emissions-intensive forms of energy since they are likely to face stranding well ahead of less carbon-intensive fossil fuels.”

If carbon risk is not taken into account by fund managers, Gore and Blood said they would be failing their investors and shareholders.

Gore warned that, in a decade or more, the consequences for other assets, like real estate, agricultural land and infrastructure, which would lose their value as floods, droughts and storms have greater impact.

Gore and Blood’s recommendations could take a decade to complete, the partners admit, but they insist that the first steps at least should be undertaken urgently.

MacKenzie said many investors were already divesting away from the coal sector because most banks agree that coal does not generate good investment returns, but that oil and gas remained strong investment opportunities. He said it would be a “brave pension fund that would turn away from fossil fuels like oil and gas at the moment.”

Gore and Blood said on the importance of divesting for a cleaner economy: “The transition to a low carbon future will revolutionize the global economy and present significant opportunities for superior investment returns.

“However, investors must also acknowledge that carbon risk is real and growing. Inaction is no longer prudent.”