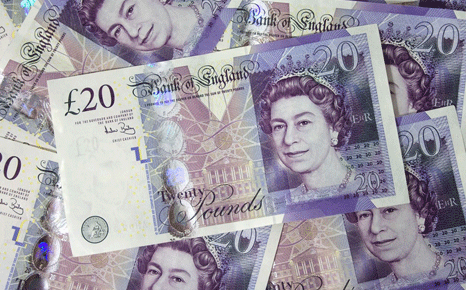 Pension funds worth £3 trillion are being placed at risk because managers refuse to acknowledge the risks their assets face from climate change and natural resource scarcity, warns a report by the charity ShareAction.

And it calls on fund managers to disclose how much of their financial assets are being used to invest in Arctic drilling and the expansion of Canada’s tar sands.

The report is part of a new Green Light campaign backed by WWF, FOE, Greenpeace, Christian Aid and Oxfam, together with the unions UNISON and UNITE.

“Millions of us have a stake in how [pension funds] behave, and yet few of us realise it,” the organisers say.

“The Green Light campaign aims to change that; it aims to bring these power players into the spotlight and demand systemic change, kick starting our transition to a greener, fairer world.”

The UK’s private pensions system is the third largest in the world, and is set to see up to 9 million new members join in the coming years.

British pension funds are responsible for the equivalent of almost a quarter of UK greenhouse gas emissions through the companies they invest in.

The report sets out steps that pension funds can take to become ‘climate conscious investors’ including: reporting to their fund members how they evaluate and manage climate risks; investing in low carbon industries and climate mitigation technologies; and disrupting the flow of capital to fossil fuel projects that bring on stream new sources of carbon.

Catherine Howarth, CEO of ShareAction, one of the campaign coordinators, said: “Pension savers are rightly demanding urgent action to protect their savings and their future quality of life by focusing on the economic risks of climate change.

“A growing chorus of voices is challenging our pension industry’s complacency about the climate stability we depend on. Today’s campaign is a major step forward in uniting those voices and putting pension savers’ interests back at the heart of what the industry does.”

Power of the people

There has been one kind of category that has garnered media attention where pension funds have been allowed to divest on ethical grounds.

Earlier this month it was reported that UK council pension funds were seeking legal advice on whether investing in tobacco companies clashed with their responsibility to promote public health.

But Mackenzie said that an overwhelming majority would need to demand change from the pension fund for it to divest.

“The short answer is that not many pension scheme members ask questions about [climate change] at the moment.”

Mackenzie said many pension funds have already divested away from the coal sector because “we don’t think they’re going to generate good investment returns,” and not because of customer demands.

“We don’t invest in coal companies, but we do still have very big investments in oil companies and that’s because we think the oil industry is going to generate good investment returns,” said Mackenzie.

“I think it would be an extremely brave pension fund to divest from the oil and gas sector at the moment. In the years to come if climate policy becomes aggressive in the way that we need it to from a climate change perspective then oil will also become unattractive at some point but it is an attractive investment at the moment.”

He does agree that investing in clean technology is a great opportunity, but the way in which to encourage pension funds to do this is by convincing them it is a good way to generate investment returns.

Pension funds in general are concerned about climate change, said Mackenzie, and this campaign will help open up dialogue between pension funds and their savers.

“The key thing is to encourage people in the investment industry to think very hard about the risks and also to search harder for opportunities in renewables and that will happen if lots of pension scheme members say we’re interested in this we want you to tell us what you’re doing about this.”