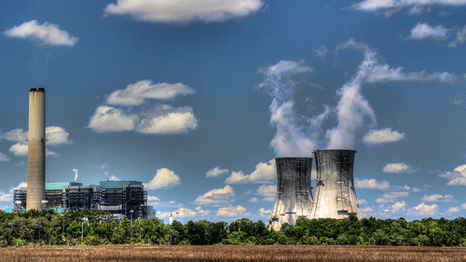 The Polish prime minister should withdraw his support for the extension to coal-fired power station, a group of environmental NGOs claimed today.

Writing today in the Polish newspaper Rzeczpospolita, environmental groups, including Greenpeace, WWF and ClientEarth, wrote to Prime Minister Donald Tusk, telling him why he should withdraw his support for two new units at the Opole power plant, 98 kilometres north-west of Katowice.

They say it is economically unprofitable and will have a negative effect on the Polish energy sector.

Each power plant is capable of generating 900MW of power, and would emit 1.5 billion tonnes of CO2 over the next 55 years.

Maciej Muskat, director of Greenpeace Poland, said: “The project is supposed to cost 12 billion dollars. This amount would be enough to cover deep insulation for 200,000 houses, 10,000 small and medium-sized farms, 500 large–scale farms and to provide them with an access to renewable energy sources.”

The project has so far faced numerous setbacks, including complaints that it has gone against EU directives that any new power plant facilities must be CCS-ready, and the withdrawal of funds by a state-owned investor because it was too unprofitable.

Radoslaw Gawlik, former Deputy Minister of Environment, said: “There are many reasons to cease works on this construction.

“This investment will petrify the outdated structure of the energy sector, hindering the development of a modern model, in which each and every owner of a single family house can become a manufacturer of energy. It also strengthens our dependence on imported coal, for example from Russia.”

The call from the environmentalists comes two weeks before Poland is set to host this year’s UN climate negotiations in Warsaw. But the country’s addiction to coal has led some to question its intentions in hosting the talks.

Alongside the climate talks, Poland will be hosting a World Coal and Climate Summit, which will be opened by Deputy Prime Minister Janusz Piechociński.

He said: “The European Commission, which failed to tackle the [economic] crisis at the last minute before leaving, wants to set new climate goals for 2030.

“There will be no permission for that on our part. We are willing to call for a referendum [on the issue] for the first time in Europe.”