Poland could face further conflict with Brussels if it pushes ahead with two new power plant units, in violation of EU regulations 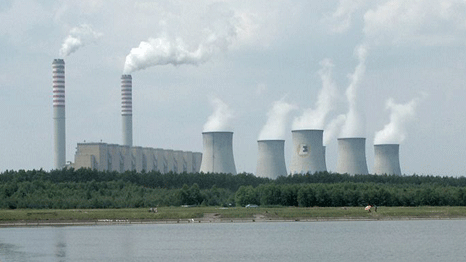 Poland intends to build two new units on its Opole power station, without assessing for CCS-readiness

Poland could be breaking EU law if it goes ahead with the construction of two new units at its Opole power plant, Climate Commissioner Connie Hedegaard suggests.

By failing to assess the units for their ability to incorporate carbon capture and storage (CCS) technology, Poland is acting in direct violation of EU regulations.

The two power plants, each capable of generating 900MW of power, would emit 1.5 billion tonnes of CO2 over the next 55 years. CCS technology would capture these emissions and store them safely in underground geological formations, preventing them from escaping into the atmosphere.

Six MEPs from five separate parties issued a set of questions to the Climate Commission on the subject of the two intended coal units in July. Responding this week, Commissioner Hedegaard indicated that the Commission would pursue further action if it turned out that Poland was contravening the law.

“The Commission has received a complaint on this issue and is currently gathering information to determine facts and law concerning the case of the planned two new units at the Opole power plant,” she wrote.

She added that “Member States and their competent authorities are not relieved from the obligation to apply [EU Directives] in case of failure to transpose them.”

The project has been under particular scrutiny because of Poland’s failure to transpose the EU directive on CCS into its own law. The directive would compel any new coal plants to be assessed for CCS-readiness, and ensure that space be left vacant next to the plants for the technology to be installed in the future.

Chris Davies, one of the MEPs to submit a question to the Commission, told RTCC: “Clearly the Commission is suggesting it is going to pursue some kind of action, which might be embarrassing for Poland, seeing as it’s hosting the UNFCCC conference at the end of the year in Warsaw.”

But he added that, although construction of the units is scheduled to go ahead in December, there was still time for the EU to stop the project. He said: “If the case goes to the European Court of Justice then in theory it can levy an unlimited fine upon Poland.

“That should be a significant deterrent, but that would be a cost to the Polish taxpayer, which I’m sure they’d be well advised not to incur.

“I thought the reply from the Commission was in many ways firmer than I expected and I welcome that.”

Poland has a history of playing the rebel when it comes to environmental directives from the EU.

In March this year, the EU took Poland to the ECJ for failing to transpose its Renewable Energy Directive, which aimed at ensuring a 20% share of renewable energy in the EU by 2020, proposing a damaging daily penalty of €133,228.80.

In 2011, the EU launched infringement proceedings against Poland for their failure to transpose the EU’s CCS Directive, which are still ongoing.

Poland is heavily dependent upon coal for its energy supply. Bełchatów Power Station is the largest CO2 polluter in Europe, but lack of state support meant that a planned CCS project to curb its emissions was cancelled in April this year.

“The European Commission, which failed to tackle the [economic] crisis at the last minute before leaving, wants to set new climate goals for 2030. There will be no permission for that on our part. We are willing to call for a referendum [on the issue] for the first time in Europe,” he said.

So it would not be out of character if Poland did go ahead with the plant. Its Supreme Court had earlier ruled that, because the CCS Directive had not been written onto its national statute, the extension of the plant was legal.

But Michal Olszewski, a spokesman for ClientEarth Poland, an NGO of environmental lawyers, says, “The position of the European Commission confirms our assessment that the procedure for the preparation of the expansion of the Opole power plant is a violation of EU law.

“The Polish Parliament’s adoption in June this year of  the Act on the Geological Storage of Carbon Dioxide did not solve the problem, because a building permit for the new Opole power plant had already been issued several months earlier.”

But according to Chris Davies, part of the problem is the directive itself. He is currently pressing for more stringent regulations.

“The requirements for capture ready status are open to interpretation, and I’m not aware of the Commission having produced guidelines on what is the minimum criteria for meeting the legal requirement,” he says, “so Poland can well argue that it has made an assessment and CCS is not feasible. Some lawyers would no doubt say it has therefore met the requirements of the legislation.

“I do regret the fact that Poland is arguing that CCS is not a sufficiently developed technology for it to pursue. I do think Poland should be taking a lead in its development, at least by way of example.”

Separately, a group of 10 European environmental organisations today called on the European Bank for Reconstruction and Development (EBRD) to phase out coal, nuclear and shale gas from its future lending.

A draft energy policy presented by the EBRD this summer indicated that it planned to continue its investment in fossil fuels, while others, such as the European Investment Bank, recently introduced significant limitations to their coal lending.