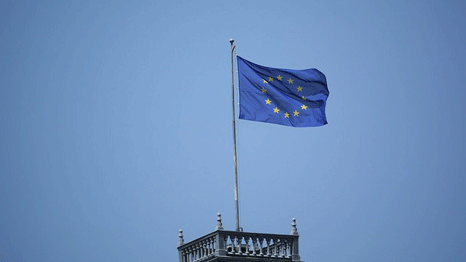 The EU needs to adopt ambitious 2030 low-carbon targets to secure the investment needed to rebuild an energy infrastructure based on renewables.

This is the warning of 13 of the key players in European climate change politics, who have today released a 40-page report calling for “ambitious and immediate EU low carbon action”.

Without policy certainty from the 28-state bloc, they say potential investors will lack the confidence to support industries that will help Europe to reach its decarbonisation targets.

The report calls for immediate action as the best way to take advantage of the benefits of decarbonisation, including: securing investment, supporting low carbon sector jobs, and developing a high-tech industrial base.

The group, which includes ministers from the UK, Germany, France, Spain and the Netherlands, urges the EU to adopt a post-2020 policy framework that will keep them on track to achieve their overall goal of reducing levels of greenhouse gases by 80-95% below 1990 levels by 2050.

“Ambitious EU low carbon action now, at the EU and Member State level, is the best way to avoid the most extreme costs of both climate change and decarbonisation,” they say.

It is a call to action which has been welcomed by the investor community. Stephanie Pfeifer, Chief Executive of the Institutional Investors Group on Climate Change, said: “Investing in energy infrastructure is a complex, multi-decade commitment that needs to be backed by supportive, long-term policies. And investors must be confident that these policies will not change.

“Today’s call by EU ministers is welcome and should help drive progress towards the ambitious actions investors want to see from the EU’s 2030 climate and energy policies.”

The ministers who signed the 40-page report come from the Green Growth Group, an informal gathering of ministers from 13 EU Member States who work together to promote a pro-growth, pro-climate EU agenda.

One notable absence from the group is Poland, who will host the UN climate change talks in Warsaw in November, and which has faced doubts over its integrity due to its continued reliance on coal.

The report has been issued at a key time: while the EU is currently on track to achieve its 2020 targets, the details of a 2030 package still hang in the balance, with the European Commission expected to come forward with its proposals at the beginning of next year.

In November, the UN’s climate body will meet in Warsaw to discuss the pathway towards a global climate deal to be agreed in 2015. The EU has typically provided a progressive voice in these negotiations, and such a push towards climate ambition from within the EU could help it to adopt an even firmer stance on the global stage.

The report explicitly urges the EU to develop an ambitious package of emissions reduction measures for Ban Ki-moon’s 2014 climate summit, which is another key stepping stone on the way to the 2015 UN agreement.

The report also urges the EU to reform the structure of its emissions trading scheme, which they say will help cut emissions cheaply and incentivise low carbon investments.

This will also help to ensure that climate change commitments do not come at the cost of economic growth, they add, with the revenue raised in this way helping to reduce public deficit.

The report says that stimulating economic growth at the same time as fighting climate change is one of the biggest challenges facing the EU. It says: “Some would argue that you can’t do both at the same time – that one must take priority over the other. We firmly disagree.”

Connie Hedegaard, EU Commissioner for Climate Action, said: “Europe is the living proof that there is no contradiction between being green and growing the economy. Actually it is interesting that some of our greenest member states in Europe also are among those with the most solid economies.”

But the EU ETS has so far failed to provide much stimulus to low carbon action, due to the oversupply of credits pushing down their price. In July, the European Parliament narrowly passed a proposal to “backload” the credits, holding back their supply in the hope that this would force up costs.

Alongside a White Paper on 2030 climate targets, the EU is also considering bringing forward legislation to reform the ETS.

Ed Davey, the UK climate change minister who signed the report, said: “Thirteen EU countries and dozens of business leaders have come together to deliver a simple message – only by acting together and by showing leadership can we deliver the significant economic benefits that we have today shown is possible in tackling climate change.

“Businesses and investors are telling us that the EU needs to get its act together and that we need to urgently agree a 2030 Climate and Energy Framework and reform the EU ETS.

“Only then will investors have the confidence to put the billions into low carbon that we need.”