US state signs two-year agreement with Beijing, agreeing to work together to advance low carbon development 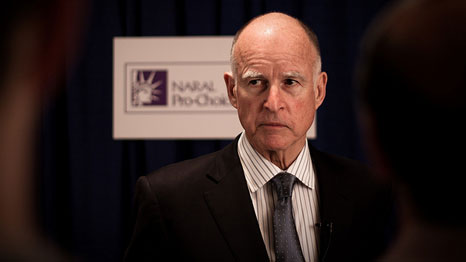 China and California have signed up to two years of official cooperation on climate change issues.

The agreement will see them sharing expertise and experience on low carbon development and emissions trading.

The document defines “areas of cooperation” between the countries, and includes pledges to undertake cooperative research on clean technology, as well as exchange personnel between the two states.

California has a record of adopting ambitious strategies to combat climate change. Its per capita energy consumption has been almost flat since the 1970s, and it started trading its state carbon emissions with the launch of a cap and trade system in November 2012.

China is the world’s fastest growing economy and a leading producer of emissions. Despite the smog and pollution that plagues cities like Beijing, it has also shown innovation on fighting climate change, including the recent introduction of a pilot emissions trading scheme across seven of its largest cities.

It is hoped that such a partnership will foster greater success in fighting climate change across both parties.

The agreement is a further example of growing cooperation between the United States and China, as both countries raise their ambition in reducing emissions.

In June, President Obama and Chinese President Xi Jinping committed to advancing their efforts to reducing emissions of HFCs, a potent greenhouse gas.

“This partnership between China, the world’s fastest-growing economy, and California, the U.S. state leading the way to a low-carbon economy, is potentially revolutionary,” said Fred Krupp, President of Environmental Defense Fund.

“With a string of powerful bilateral actions this year, we may be seeing the birth of the global low-carbon economy here on the Pacific Rim.”