China’s emissions could peak by 2023 with introduction of ETS

If an emissions trading scheme is introduced, Chinese pollution could peak by 2023 as country moves towards cleaner energy 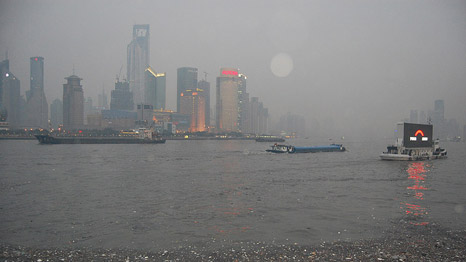 Emissions in China could peak as soon as 2023 if a carbon pricing mechanism is introduced, according to new research by Bloomberg New Energy Finance.

Assuming a best case scenario, where barriers to the adoption of clean technologies are eliminated by policy makers and an emissions trading scheme is adopted in 2017, economists have concluded that China’s carbon emissions could start to decline as early as 2023.

China is currently experimenting with a cap-and-trade carbon pricing mechanism, and has set up emissions trading schemes across seven of its largest cities.

Last week, the price of carbon in Shenzhen, the first of the pilot schemes to start trading, rose to a price exceeding that of the EU market – a result which analysts said demonstrated that the companies involved were serious about carbon trading.

The trial run will inform the government’s decision about whether to set up a nationwide carbon market in 2015.

Even under a “New Normal” scenario – the model considered the most likely under current economic, policy and technological conditions – the economists project that emissions in China will begin to decrease by 2027.

This is despite the fact that China, currently the world’s largest power market and the greatest emitter of CO2, is on track to more than double its power generation between now and 2030.

The overall power generation of China is estimated to reach 2,707GW per year by 2030. This means installing an additional 88GW every year – equivalent to the total installed capacity of the UK.

But thanks to the falling technological costs of wind and solar and the increasing costs of coal fired generation due to environmental controls, along with a general increase in environmental awareness, renewable energy is set to make up half of this growth.

“The impacts will reach far beyond China and have major implications for the rest of the world, ranging from coal and gas prices to the cost and market size for renewable energy technologies – not to mention the health of the planet’s environment.”

While coal is projected to decrease from 67% of the total energy mix in 2012 to 44% in 2030, in absolute terms it will continue to grow by 25GW per year, making up a third of overall construction.

This means that the pollution problems faced by China will only worsen over the next 10 to 15 years, even while China switches to more renewable sources of energy.

“China has started to change course towards a cleaner future,” says Jun Ying, country manager and head of research for China at Bloomberg New Energy Finance.

“But despite significant progress in renewable energy deployment, coal looks set to remain dominant to 2030. More support for renewable energy, natural gas and energy efficiency will be needed if China wants to reduce its reliance on coal more quickly.”

If China is to see its energy mix become cleaner, a process which will require around US$77 billion investment per year in renewables, then stronger support will be needed for renewable energy, natural gas, energy efficiency and clean coal technologies.

Stable financing will be required for the renewable sector, and the report recommends that power companies with coal-heavy portfolios look into expanding into renewable generation – a strategy that will also reduce the financial risks of continued investment in the declining fossil fuel industry.