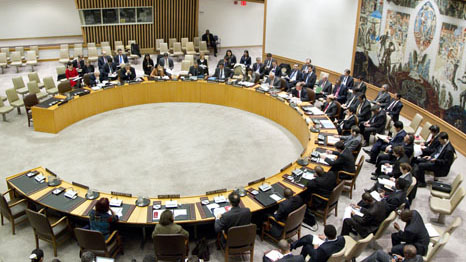 Domestic legislation needs to pave the way for a global climate change treaty in 2015, a new study concludes.

Researchers from the Global Legislators Organisation (GLOBE) reviewed countries’ laws to reduce carbon emissions, and found that domestic goals must come before, not after, an international deal.

The report also concludes that engaging with the legislative process itself is key to helping a country insist on a favourable global position.

This is a position that is becoming increasingly recognised within the structures of the international negotiating platforms.

Speaking at a GLOBE Climate Legislation Summit in January, Christiana Figueres, the executive secretary of the UNFCCC, said, “Domestic legislation on climate is the absolutely critical, essential linchpin between action at the national level and international agreements. It is absolutely at the centre.”

This hasn’t always been the case; Adam C.T. Matthews, secretary general of GLOBE and author of the report, says that, until fairly recently, the conventional wisdom of climate negotiation was that domestic legislation would follow a global treaty.

Thirty-three counties now have national climate legislation, up from 16 when the organisation first started examining the trend three years ago.

“What we’re seeing is a different dynamic,” Matthews said. “The clear lessons born from Copenhagen and from Rio are that these major international showpiece summits – are they the events that determine the level of ambition? Or is it something else that determines the level?

“We see now that countries must move nationally first to enable the conditions for the international accords to be reached.”

Establishing strong domestic legislation needs to be the goal for countries over the next two years, as they prepare for the 2015 UN climate change talks in Paris, says the report, where it is hoped a legally binding global deal will be agreed.

In past UN climate negotiations, the report finds that the positions adopted by the nations involved correlated strongly to their domestic legislation.

While counties with ambitious targets, such as Mexico, South Korea and the UK, offered up stringent voluntary targets in the international talks, those with low ambition, including the US and Canada, offered correspondingly weak targets.

Matthews says, “I don’t see a deal in 2015 unless more countries move down the national legislative path, and those who are keen to see an agreement that is high in ambition are of the same view.”