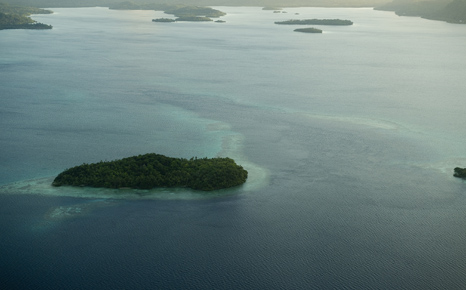 The Marshall Islands’ Vice President Tony de Brum has embarked on a tour of Australia to call for greater political leadership on climate change.

De Brum plans to target government ministers, business and the media in a move to raise awareness of the increasingly tough situation his country faces.

The 34 coral atolls that form the Marshall Islands are no more than two metres above sea level, making them especially vulnerable to rising sea levels and extreme weather events.

In June unusually high tides swamped the capital Majuro, closing the airport and destroying many homes.

Islands in the north have been suffering from severe drought since the start of 2013, with many households down to one litre a day.

“Australia has always been a big brother down south to us, even though we are up north. We think that anything that the Pacific Islands do in terms of climate change must have the blessing, the support and the voice of Australia and New Zealand to the outside world,” De Brum told ABC News.

Australia was recently elected onto the UN Security Council, and De Brum says it’s vital it uses its new influence to drive new ambition into efforts to cut global emissions, which are blamed for global warming.

“You [Australia] have circles of diplomatic friends far wider and much more powerful than each of us, or even of the small island states of the Pacific put together,” he said.

“Those important connections must be used to draw attention to the fact that climate change is now, it needs the attention of the world now, and the sacrifice of the large developed countries must be part of that solution.”

With elections looming, climate change is a politically toxic issue in Australia, which boasts the highest per capita emissions in the developed world, and is a leading coal exporter.

Opposition leader Tony Abbott is a regular critic of government efforts to cut emissions, branding emission trading a “so-called market” that deals in an “invisible substance”.

Current Prime Minister Kevin Rudd recently announced he would phase out a carbon tax that proved unpopular with heavy emitters, replacing it with a trading scheme in 2014.

The Marshall Islands will host a Pacific Islands Forum Leaders’ meeting in early September, which will be attended by representatives from China, the EU, India, Japan and Canada.

De Brum also told ABC he hopes US Secretary of State John Kerry will be able to make the meeting, which he hopes will end with a ‘Majuro Declaration’ for Climate Leadership to galvanize more ‘urgent and concrete’ action.

“I have no doubts that United Sates will see the absolute value of having Mr Kerry attend and that he will, in fact, attend. It is important to remember that in the last Forum in the Cook Islands, Mrs Clinton attended as US Secretary of State.

“She has already raised the stakes for the Pacific participation in climate change. We have a very important panel of experts in Majuro to discuss the issue as well. That plus the declaration that we contemplate makes it almost absolutely necessary that the United States participates at a level not lower than last year’s Forum.”