Food in the shadow of climate change

With conservative estimates forecasting a population of around 9 billion people by 2050, the question of whether the world food system’s production capacity can keep up with increasing demand is a very important one.

How it can do so in a world increasingly influenced by climate change is an even tougher question.

I choose to be optimistic. 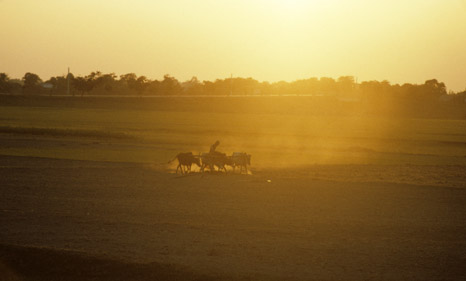 In the global north we have warped our basic need for food into a multi-billion pound industry in which it’s not so much about nutrition but luxury…at least as long as you have the money.

In the global south, the losers of our success are driven further into poverty, due to injustices in the political decisions of the global north.

The lack of regulation, commodity speculation, inequitable trade policies and climate change combined are helping to send food prices through the roof for the poor.

The recent launch of the ‘Enough Food For Everyone IF‘ campaign hammered home the truth that for now, there is enough food available to feed everyone on Earth, but the real problem is how to ensure that people have sufficient access to ensure their food security.

Unsustainable energy use and agriculture are fueling a warmer climate, which is resulting in unpredictable and increasingly frequent natural disasters such as floods and droughts.

The problems described above – and the increasing shadow of climate change – are directly and indirectly impacting on access to food for the world’s poor; and climate science tells us there’s more to come.

According to the United Nations global food reserves are at their lowest levels in nearly 40 years, meaning that there’s a much smaller margin for those already food insecure.

If the cost of staples goes up 170%, people either increase their expenditure for the same amount of food, you change your diet to a cheaper and often less nutritious one or you eat less.

If you’re poor, i.e. when the food required to be secure represents a reasonable proportion of your income, the first option may not be open to you, and there is much less scope to adapt.

Rapid urbanisation in the developing world creates the opportunity of greater inequality of livelihoods and income in a higher population density.

This give rise to possible future food security issues and a need for safety nets to help city dwellers cope when food prices may be volatile in the future. 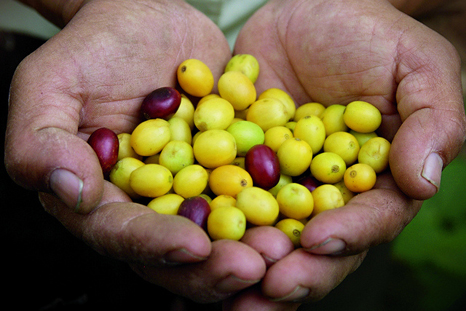 Helping farmers to adapt to the impacts of climate change can defend food supplies (Source: Flickr/Nestle)

Laws to prevent speculation have been largely opposed by the big players.

Barclays is the biggest UK operator in food commodity markets, making up to an estimated £500m from speculating on food prices in 2010 and 2011.

Legislation to limit commodity speculation was backed by the EU in early 2013.

Germany’s fourth largest bank, DZ Bank, has announced it would no longer speculate on food prices.

Agriculture – especially large-scale, intensive farming of livestock – contributes heavily to greenhouse gas (GHG) emissions, which in turn are a big part of the reason why we’ve been seeing crop failures all around the world, from Africa to the USA to Russia.

Agriculture needs to be part of the solution – and with an increase in investment and better policies, sustainable agriculture technologies and practices may be adopted to improve food security and sovereignty for farmers and consumers in the global South, and to reduce emissions and preserve biodiversity.

It coordinated its supporters to send emails to MEPs in all the official languages of the EU, with more than 120,000 sent within 24 hours in a, successful, effort to ban fish discards.

The Common Agricultural Policy (CAP), which receives nearly 40% of the EU budget must be reformed along the lines advocated by the ‘Enough food for everyone IF’ campaign.

It suggests stopping food from becoming fuel for cars, a false economy when it comes to tackling climate change. Certainly we in Europe should pressure our MEPs to lobby for sustainable agriculture in the context of the CAP reform being carried out this year.

The idea of a low GHG diet – more domestic, home grown foods, seasonal, local, and including less red meat and dairy – is far from new, but it’s one of the ways that people can make the biggest difference to their carbon footprint.

The really good news is that it isn’t only more sustainable, but also often healthier too.

Dalvir Kular is a member of Healthy Planet UK