The Cop27 host has increased its use of mazut, a heavy fuel oil, in power stations, despite its harmful impact on health and the environment 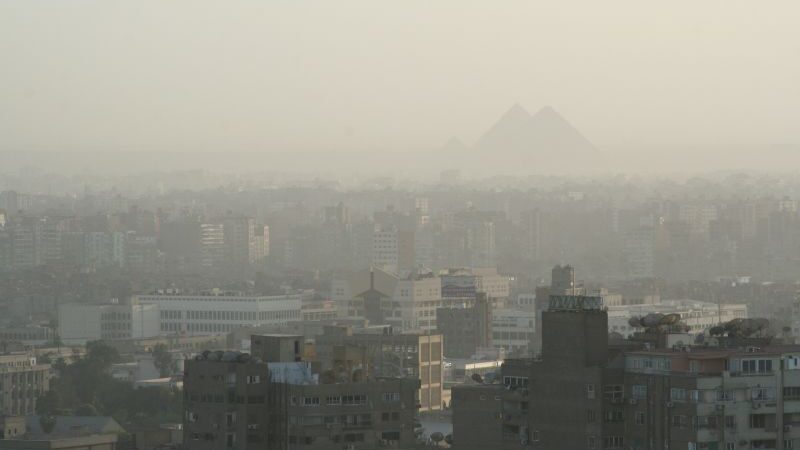 Cop27 host Egypt is increasing its use of mazut — a polluting heavy fuel oil— in 20 power plants, to free up gas for export to Europe.

In June, the country signed a deal with the European Union and Israel to boost LNG sales to Europe, as part of the continent’s dash for gas to replace Russian energy imports.

The Egyptian government announced it would ration gas use and replace it with other fuels at home. At a press conference in August, prime minister Moustafa Madbouly said Egypt expected to export 15% of its gas production.

The main alternative fuel is mazut, a blend of heavy hydrocarbons that contains toxins like sulfides and heavy metals. It can be broken down to produce diesel.

A whistleblower from the Egyptian Ministry of Electricity and Renewable Energy told Climate Home News mazut was previously being phased out due to its harmful health impacts.

Official data issued by the Egyptian Electricity and Consumer Protection Regulatory Agency shows the trend. In October 2022, the percentage of mazut consumption in power plants reached 20.95%, while the same month in 2021 it was 3.67%.

“The use of mazut currently in stations instead of natural gas is in complete contradiction with the climate conference,” said the whistleblower, speaking on condition of anonymity. “How do we talk about the climate and reducing pollution, and the percentage of diesel use increases every day?”

On Friday at Cop27 climate talks, Germany and the US announced support for Egypt to close 12 “inefficient” gas plants with an installed capacity of 5GW. That will not automatically end the use of mazut, as Egypt has 28MW of installed capacity designed to run on mazut or gas.

Asked about the fuel switch, Cop27 envoy Wael Aboulmagd told Climate Home: “In our [national climate plan] we have made commitments that we intend to move forward on in all aspects, adaptation but also on reduction of emissions…

“As a developing country, we have the prerogative to continue to grow and for our emissions to continue to increase, but cognizant of the emergency.”

Egypt seized the opportunity to increase gas exports to Europe. The country promoted gas as a “perfect solution” ahead of hosting the UN climate talks in Sharm el-Sheikh and discussed gas deals on the sidelines of Cop27.

Europe’s dash for gas could lead to an oversupply of around five times the size of Russian gas imports by 2030, Climate Action Tracker estimates. This would be a “serious threat” to the Paris Agreement’s global warming limit of 1.5C, the report warns.

Over the last five years, Egypt reduced the use of mazut, aiming to drop it completely by 2021. In September of 2021, the country got less than 1% of its electricity from burning mazut.

“Three years ago, we held a meeting to improve the performance of electrical networks and stations, and the most negative point raised was that we still use [mazut],” said the government source.

The Egyptian Electricity Holding Company switched at least 20 power plants from mazut to gas. Gas is still a fossil fuel with a significant climate impact, but is less harmful to health when burned. After Russia invaded Ukraine, this progress went into reverse.

“We were surprised that less than a year ago, the use of mazut increased by a large percentage, and it turned out that this is the country’s strategy to export gas to Europe,” the source said.

The power plants are not entirely converted to mazut, explained the source, but only partially. For example, in a 500 MW plant, “you may find that gas is used to generate 300 MW and mazut to generate 200 MW”.

The other element of Egypt’s gas export plan is rationing consumption. Local advocacy group EgyptWatch said that has involved reduced street lighting and a 25C minimum temperature on air conditioning in public venues.

“Harmful in all respects”

The switch back to mazut brings increased pollution. A 2013 study conducted by Assiut University found the power plants belch out smoke and radioactive ash that settles on the ground.

Another study by the Ain Sharms University found that air pollution from mazut has “an adverse effect on the respiratory system and the liver”.

Mazut is “harmful in all respects,” the whistleblower said. “It is polluting, uneconomical and damages machines and [power] stations.”

Campaigners said Egypt’s gas strategy was “shortsighted”, wasting an opportunity to lead on a faster deployment of renewables in Africa.

“It’s disappointing that Egypt has decided to prioritize Europeans’ demands over the legitimate needs of its citizens that are still struggling to access clean and reliable energy,” said Landry Ninteretse, Africa Team Lead at 350.org.

The story was edited on November 16 to include a 2013 peer-reviewed study by Assiut University instead of a 2019 paper that was not peer-reviewed.

This story is part of an investigative series looking into the impacts of Europe’s dash for gas in developing countries, reported in collaboration with Floodlight News.