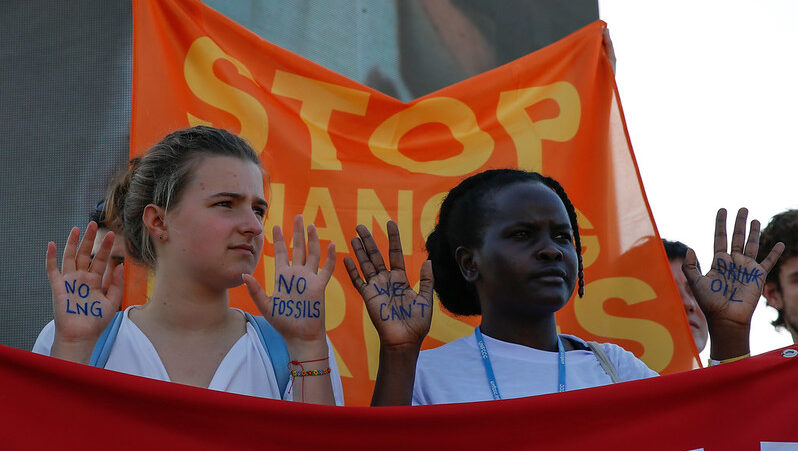 A UN agency has cancelled an initiative to mobilise African private energy investments — including for gas projects — after Climate Home revealed that one of its coalition partners was led by a convicted fraudster and alleged money launderer.

The UN Economic Commission for Africa (Uneca) has scrapped its flagship Team Energy Africa initiative after reviewing the involvement of the African Energy Chamber, a trade group headed by oil and gas lobbyist NJ Ayuk.

In 2007, Cameroonian-born lawyer Ayuk pleaded guilty to fraud in the US after impersonating a congressman to obtain visas for fellow Cameroonians. In 2015, he was investigated by Ghana’s central bank on suspicion of laundering $2.5 million.

“After reviewing its relationship with some of the private sector partners in Team Energy Africa, ECA has decided to cancel the initiative with immediate effect,” the commission’s climate director Jean-Paul Adam said in a short statement on Thursday evening.

He added that Uneca remains committed to working with the private sector to improve energy access through renewables across the continent and that the commission will “review the best mechanism to allow this to happen”.

Team Energy Africa, a coalition of African investors and institutions, was created earlier this year to mobilise $500 billion of private sector investment into 250GW of “clean” energy across Africa by 2030.

The group was due to launch a dashboard at Cop27 in Sharm el-Sheikh, to showcase how African energy investments are being used. While the focus was on deploying renewable energy, it left space for some gas investments. Gas projects in Senegal were going to be part of the presentation.

Ayuk had strongly argued that African countries should pursue gas extraction to spur Africa’s development. He came to the Cop27 climate summit with the motto: “Gas baby gas.”

Uneca has defended a role for gas to in the transition to clean energy in “very specific cases”.

Africa is behind the curve on deploying wind and solar power, while hundreds of millions of people have no electricity. Only 2% of global investments in renewable energy in the last two decades were made on the continent, according to the International Renewable Energy Agency.

One of the fiercest debates at Cop27 concerns whether fossil gas is part of the solution to energy poverty, or a trap African leaders should avoid.

For some developing countries with existing resource and infrastructure, gas “will play a major role in their transition to a net zero future,” said Uneca executive secretary Antonio Pedro. “For all others, developing new fossil fuel infrastructure would result in billions of stranded assets and debt for future generations.”

Ayuk has yet to respond directly to Climate Home’s request for comment. In an article published on the African Energy Chamber’s website, Ayuk made unfounded personal attacks on the messenger. He did not address his criminal record or the money laundering allegations.