Both presidents agreed on the G20 sidelines climate action was in their common interest, despite tensions over Taiwan’s status 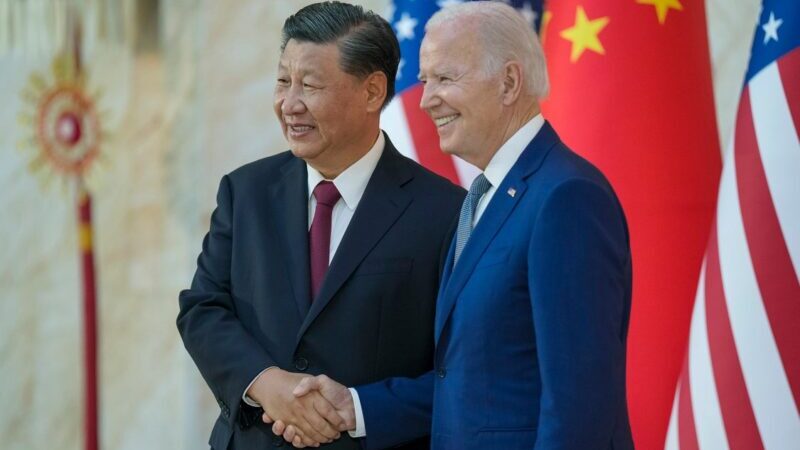 The US and China are set to resume formal climate cooperation after their leaders Joe Biden and Xi Jinping held a four-hour late night meeting in Bali, Indonesia.

China had suspended climate talks after the leader of the US congress’s lower house, Nancy Pelosi, visited Taiwan in August. Beijing does not recognise the island democracy as an independent nation.

While the warmth of Bali did not thaw relations enough for a joint statement, both presidents agreed climate action was a priority.

The US government’s summary of the meeting said: “President Biden underscored that the United States and China must work together to address transnational challenges – such as climate change.”

The Chinese government’s summary said the two sides “agree to work together to promote the success of [Cop27]” and that climate change is one of their “common interests” and is “inseparable from the coordination and cooperation between China and the United States”.

Speaking to reporters afterwards, Biden described the meeting as “open and candid”. He said he was looking not for “conflict” but to “manage this competition responsibly” and to “work together where we can”.

At Cop27 on Saturday, US climate envoy John Kerry said he and his Chinese counterpart Xie Zhenhua were talking informally, without agendas, notes or decisions. They would need a signal from Bali, where their presidents are attending a G20 leaders’ summit, to put the conversation on a formal footing.

At Cop26 last year, the two sides produced a joint agreement, under which both agreed to reduce methane emissions. Xie said last week that China is close to finalising its methane plan. The US already has one.

Commenting on today’s meeting, E3G analyst Byford Tsang told Climate Home: “There is no official announcement of the lifting of the ‘suspension of climate talks’ announced in light of Pelosi’s trip in August. But both sides seem to have accepted that they should get senior officials to communicate through existing ‘working groups’, and one of them is the one on climate set up during Cop26.”

He added: “It is a welcome step that the world’s two largest emitters are talking to each other. But we should be reminded that the working group has not generated any concrete outcomes ahead of its suspension. The success of the engagement should be judged on whether the revived mechanism can get both China and the US to accelerate progress on reducing emissions.”

Greenpeace East Asia analyst Li Shuo tweeted that the meeting “indicates an offramp from bilateral climate suspension and an attempt to prevent geopolitics from polluting climate engagement. This will help calm down tension at Cop27. Both sides can talk to each other, now they also need to lead”.

Chatham House expert Bernice Lee was less impressed. “They are the two largest polluters, we are four days out from the end of Cop27,” she said. “It’s good that they are inching towards business as usual – but coming together only when the two sides feel like toning down harsh words and rhetoric is not enough”.

The US secretary of state Anthony Blinken will visit China to continue general talks between the two sides, the US government said.