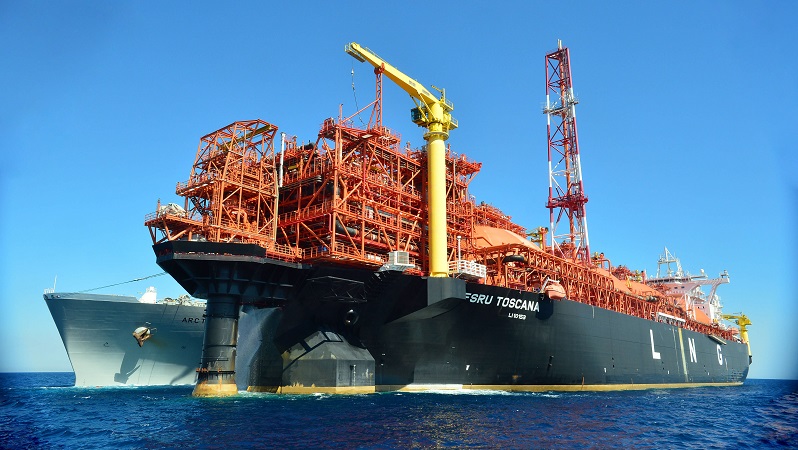 The Netherlands is breaking a promise to end international finance for fossil fuel projects by the end of the year. It will continue to support such projects in 2023.

Italy has watered down a ministerial statement signed by 10 European nations to deliver on the pledge. Germany delayed publication of its policy to implement the commitment because of internal divisions.

All three countries signed a statement at Cop26 last year to end new direct public support “for the international unabated fossil fuel energy sector” by the end of 2022. But since Russia invaded Ukraine in February, a scramble to secure gas supplies from alternative sources has created a massive headwind.

“The war in Ukraine has made the implementation even more challenging, especially in Germany,” said Gerlind Heckmann, deputy director at the German ministry of economic affairs and climate action.

European economy and finance ministers met in Berlin on Thursday to discuss aligning their export finance with climate objectives.

In a statement, the group insisted “the energy crisis does not change their commitment to the implementation of the Cop26 statement”.

At the meeting, E3F members intended to adopt a common definition on the activities that should be excluded from international public financing from early 2023 and a joint approach for how to implement it.

But Italy repeatedly pushed to weaken the language of the statement, sources close to the talks told Climate Home News. It allows each country to take its own approach to implementation, with joint monitoring.

The statement “recognis[es] the ongoing development of national approaches” and leaves space for ministers “to decide on a potential policy alignment between countries”. It removed a section saying that any exceptions to the fossil fuel ban must be consistent with limiting global warming to 1.5C.

At the G7 leader’s summit earlier this year, Italy joined Germany in watering down the leaders’ statement, saying temporary gas investments were “necessary” to address the energy crisis.

Both countries are mooting support for a gas liquefaction facility in Argentina to transport fracked gas to Europe – a move which campaigners say would violate the commitment they made in Glasgow.

On Thursday, the Dutch government published its policy to exclude fossil fuel financing from its export credit support.

Companies and banks will no longer be eligible for support for new fossil fuel projects that breach 1.5C warming. The International Energy Agency (IEA) has warned that developing new coal, oil and gas fields is incompatible with the goal.

It creates a transition period allowing proposals submitted in 2022 to be approved until the end of 2023 – a breach of the 2022 deadline. Ten projects are awaiting approval.

“This is a major disappointment,” said Van der Burg. “The loopholes set a bad precedent for other countries yet to publish their policies,” she said.

Ministers from Italy, Germany and Spain, which are yet to adopt policies delivering on the pledge, committed to do so by the end of the year.

This was awkward for the German host, which delayed the publication of its policy because of internal infighting over how far it should go.

Some officials are reportedly pushing for support to continue for the transportation of gas, including through LNG facilities. Chancellor Olaf Scholz has expressed support for Senegal to exploit its gas for export.

“At the ministry of climate action, our heart is beating on the green side. That is clear,” Heckmann said, adding that the federal government was holding “vivid” discussions.

She added that any exemptions to the pledge would be “very strict, concrete, short-term” and in line with the IEA’s net zero scenario.

Campaigners say exemptions for upstream and midstream activities would put Germany in the laggard camp.

All other governments which have published policies to restricting fossil fuel financing exclude production and transport activities, including for LNG, according to analysis by Oil Change International.