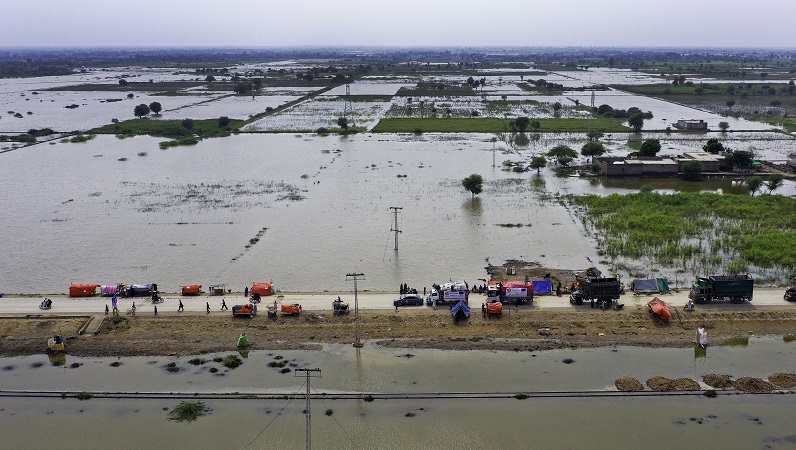 There are moments to instigate change that cannot be squandered. This week’s call for a climate shake-up of the World Bank was one of them.

The World Bank was created at the end of the Second World War in a world very different to today’s. Its primary objective is to provide loans and grants for developing countries to eradicate poverty and help meet sustainable development goals.

Addressing a heating planet and unprecedented biodiversity loss isn’t part of its DNA. The bank’s current model is “no longer appropriate” to deliver the kind of financing the world needs. That’s what a group of major economies told the bank’s management this week.

The US and Germany, backed by G7 countries, presented a set of proposals for a “fundamental reform” of the bank. Their aim is to increase lending on better terms for developing countries to transition to clean energy, invest in resilience, and better prepare for future crises.

Major economies are finally taking notice of what developing countries have been saying for a long time: to achieve both development and climate action, they need a lot more affordable financing options.

The World Bank, which lags behind its peers on its climate record, is the first target. But discussions on overhauling the financial system to make it fit to address the climate crisis gathered pace at this week’s annual meetings in Washington DC.

As the UK’s Cop26 president Alok Sharma put it on Friday “The world is recognising that we cannot tackle the defining challenge of this century, with institutions defined by the last.”

In recent months, Pakistan has shone light on the blatant gaps in the global finance architecture.

Two months after devastating flooding, little relief is reaching the millions of people living in makeshift shelters, with poor access to food and clean water. Out of donor pledges of more than $160 million in response to a UN appeal, only $51m has reached the ground. More than half came from the US.

Joe Lo reports on what this means for millions of displaced people in need of help. Aid workers are only distributing one tarpaulin per family to shelter under, rather than two – the norm under international standards for humanitarian response. One tarpaulin. That’s all families can have.

And people’s needs are changing fast. Water-borne diseases are spreading, seeds must be planted soon if there is to be a harvest next year and families need warmer clothes to weather the coming winter months.

Aid workers have long expressed frustration at the “begging bowl” approach to humanitarian aid by which disasters need to unfold before funds for victims can be unlocked. When confronted with human suffering on the scale seen in Pakistan, the international community must do better than that.