French people and businesses are encouraged to take shorter showers, turn down thermostats and car pool but none of the measures are binding 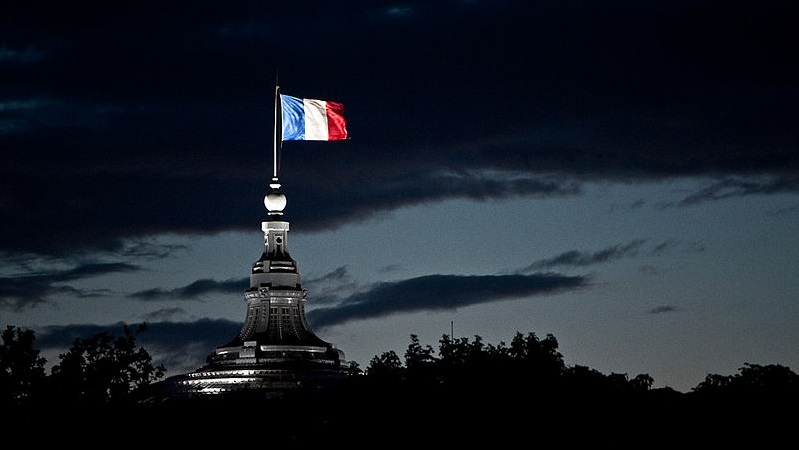 By Paul Messad for Euractiv

France unveiled its energy saving plan on Thursday which aims to reduce energy consumption by 10% by 2024.

However, the plan has no binding measures, which runs in contradiction with a new regulation adopted by EU countries a week ago.

The measures are the result of four months of discussion, following prime minister Élisabeth Borne’s June announcement of an energy saving programme for each sector of the French economy in response to the energy crisis and vulnerabilities in the national electricity network.

To reduce energy consumption by 10% in two years, the government has slated 15 key measures, from reducing heating to a maximum of 19C (66F) in offices to encouraging people to carpool.

The plan also includes specific measures for each of the nine economic and social sectors targeted: the state, companies and labour organisations, establishments open to the public and supermarkets, industry, accommodation, transport, digital and telecommunications, sport, and local authorities.

Additionally, private individuals will be advised to practice “eco gestures”, from reducing shower time to switching off household appliances when they are on standby for too long.

For the prime minister, it is a matter of acting “on the whole range of energy savings”.

While the government insists on the particular need to reduce energy consumption during peak hours – between 8am and noon and between 6-8pm – it does not set binding targets.

“There will not be such thing as a temperature police,” Pannier-Runacher told local radio RTL on Thursday.

However, in its roadmap presented on 14 September, the EU Commission laid out a binding target of a 5% reduction in electricity consumption during peak hours. And in July, EU member states also agreed to a 15% reduction in gas consumption following Russia’s military aggression in Ukraine.

The electricity demand reduction target was formally adopted on Thursday evening after a political agreement was reached last Friday among the EU’s 27 energy ministers. And although member states will remain free to choose the appropriate means of enforcement, the 5% objective is legally-binding.

Only Malta and Cyprus have been exempted.

“We are not on track”

While Pannier-Runacher argued on RTL that high energy prices would provide the impetus for companies and households to act, Thierry Bros, a professor of energy at Science-Po Paris was less optimistic.

Bros told Euractiv that despite high prices, TotalEnergies’ service stations had still seen a rush of customers, both accelerating tensions in supply and maintaining levels of consumption.

Energy-saving measures tend to be unpopular, he explained, especially if the reduction is to be maintained over two years. A 10% reduction in primary energy consumption would be equivalent to the drop in consumption seen during the Covid-19 lockdowns when the economy was slowing down.

Bros also pointed out that France’s rate of reducing consumption has been 1% annually over the last ten years. If France intends to reach the targets it has set itself, “we will have to go five times faster over the next two years,” he said.

“We are not on track,”  said the professor, concluding that without binding measures, meeting the 10% objective “is not possible”.

According to the government, the package of measures should nevertheless reduce consumption by around 50 terawatt hours (TWh) per year.

This is also a first step towards carbon neutrality, which will require a 40% reduction in energy consumption by 2050, Pannier-Runacher said on RTL.

The government, moreover, insists that measures will not have a negative effect on the economy.

“Energy saving does not mean […] choosing to reduce production”, Borne said at the press conference.

This article was first published in Euractiv. It has been lightly amended for clarity.