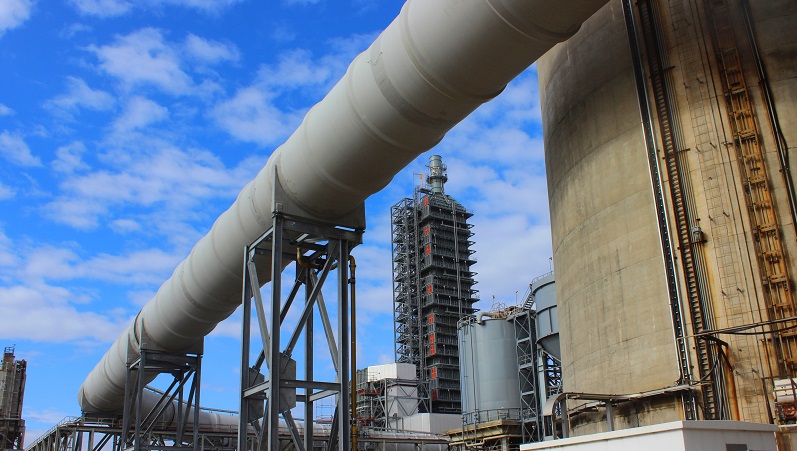 A group of researchers is ramping up a campaign to make polluters put carbon back in the ground.

As oil and gas companies rake in record profits, a team from Oxford University in the UK is making the case governments should force them to capture and store a share of the emissions from burning their products.

Myles Allen, director of the Oxford Net Zero initiative, has been developing the Carbon Takeback Obligation (CBTO) proposal for a number of years. He argues this will “decarbonise” fossil fuels, accelerate their phase out and develop the capture and removal technologies scientists say are needed to limit global warming to 1.5C.

As Russia’s war against Ukraine wreaks havoc with energy markets, his team is trying to get the idea off academic shelves and into policymakers’ hands. Their aim is to build a club of producer nations to take this forward by next year’s Cop28 climate talks in the United Arab Emirates, at the heart of the world’s top oil producing region.

Critics argue the plan gives companies a licence to keep extracting more climate-harming coal, oil and gas, when the focus should be investment in alternatives.

The proposal is based on the principle of producer responsibility, which requires companies to account for the environmental costs of a product throughout its life cycle.

In practice, this would mean that for every tonne of carbon generated by the continued use of fossil fuels, a tonne of CO2 is permanently stored in geological formation.

Yet, the technology remains expensive and unproven at large scale despite the fossil fuel industry’s repeated claims it has the expertise necessary to make it happen.

“It’s a giant bluff call,” Allen told Climate Home News. “The industry says it can do it. So fine, do it.”

Under the proposal, oil and gas companies and their supply chain would be asked to provide certificates proving that carbon has been permanently stored either by carbon capture and storage at refineries or cement plants, for example, or through direct air capture. These certificates could be traded.

The obligation could start at 5% of a polluter’s emissions, rising to 10% by 2030 and eventually reaching 100% in line with net zero targets.

Ingrid Udd Sundvor, a researcher at Oxford University working with Allen, said the policy was “ambitious” because it confronts producer countries with the impacts of burning the oil and gas they export. This, she added, could complement other supply-side measures to restrict fossil fuel production.

Comment: Corporate pushback against climate action is getting desperate

Despite soaring energy prices, advocates say the obligation would be initially cheaper than a carbon tax, even if the price increase was passed on to consumers.

That’s because the initial costs would be spread across all fossil fuels being sold. Last year, the research team estimated that an obligation to sequester 10% of emissions would add just £0.7-1.8 ($0.8-2.0 at today’s exchange rate) to a barrel of oil. Over time, investments would bring down the costs of emissions capture and storage.

Eventually, the cost of compensating for every tonne of emissions generated from burning fossil fuels would make the industry unprofitable, Sundvor said, leading to its phase out.

The proposal was briefly included as an amendment to the UK’s 2015 energy bill, before being scrapped.

Now there is fresh momentum behind the idea. Allen’s team is aiming to build a club of first-mover producing countries that could implement the proposal together. It is engaging with the industry and civil society groups to find out what it would take.

The Dutch government is the most actively engaged to date. The ministry of economic affairs and climate policy co-financed a feasibility report to understand “possible application as part of a transition plan for the Dutch oil and gas sector”. A spokesperson told Climate Home the cabinet is reviewing it and will soon inform parliament about possible next steps.

In the US and Canada, Producer Accountability for Carbon Emissions (Pace), a group co-founded by former ExxonMobil employees, is advocating for the policy.

The UK and Norway are also on the target list. The idea is one option proposed by the UK government for accelerating investments in carbon removals. However, consultation documents argue the policy would be difficult to implement in the short term because of a lack of supply of negative emissions certificates.

Allen acknowledges that many green groups are sceptical. “It sounds like putting the fox in charge of the hen house,” he said.

But he argues there is a rationale for prolonging the fossil fuel industry’s life: “If they still exist, they can pay for the clean-up” and for the carbon removal technologies the world needs.

In fact, Allen suggests that fossil fuels should be used in the second half of the century to suck carbon out of the air with direct air capture – an energy intensive process.

Climate campaigners agree the fossil fuel industry should bear the responsibility of the climate harm their products cause. But most don’t believe it is part of the solution to the climate crisis, which it caused.

Tessa Khan, founder and executive director of Uplift, which campaigns to transition to a fossil-free UK, told Climate Home it risks “handing the industry a get-out-of-jail-free card for further extraction”.

It “would be dangerous if seen as an alternative to a rapid and just transition away from fossil fuels, including scaling up of clean alternatives,” she said, adding that it failed to address the environmental consequences and health and social of fossil fuel extraction on local communities.

Lili Fuhr, deputy director of the climate and energy programme at the Center for International Environmental Law, told Climate Home the idea was “crazy” and would only increase “the scale and power” of the industry that caused the problem.

Carbon capture and storage, she said, is “the big escape hatch” pitched by the industry to continue to pollute. Instead, she added, the future should be built around renewables.