Comment: Up to a fifth of emissions cuts from the Inflation Reduction Act are expected to come from carbon capture technologies, but there are major hurdles 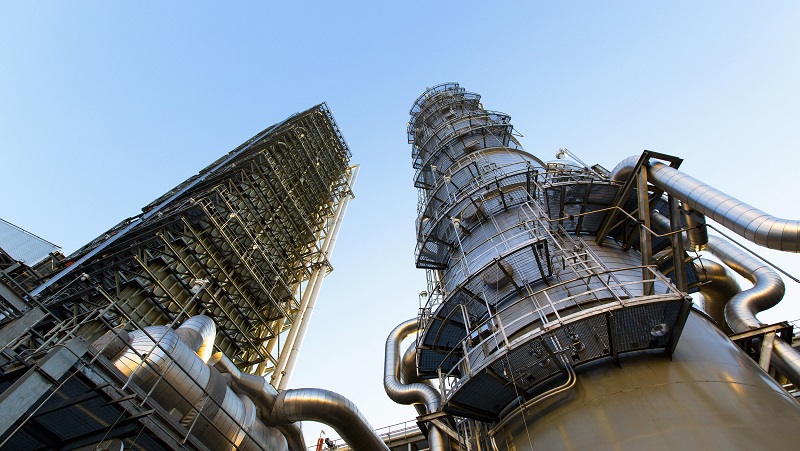 US president Joe Biden is expected to sign off a sweeping climate, energy and health care bill on Tuesday (16 August). It contains about $370 billion to foster clean energy development and combat climate change, constituting the largest federal climate investment in history.

Several studies project that its climate and energy provisions could enable the United States to reduce its greenhouse gas emissions by around 40% below 2005 levels by 2030. That would be a significant improvement over the current projections of around 27%, and it could put the US within hailing range of its pledge under the Paris Agreement to reduce emissions at least 50% by 2030.

Notably, one linchpin of the bill’s climate provisions is a set of incentives to substantially expand technologies that capture carbon dioxide and either store it underground or ship it for reuse.

So far, the uptake of carbon capture technologies has been slow. The costs are high, and these technologies can require miles of pipeline and vast amounts of underground storage, both of which can trigger local backlash. A recent study projected that the US would have to construct 65,000 miles of carbon dioxide pipelines to achieve net-zero emissions in 2050, a whopping 13 times the current capacity.

I’m the former founding co-director of the Institute for Carbon Removal Law & Policy at American University. While the bill, known as the Inflation Reduction Act, has many provisions designed to jump-start the carbon removal sector, it’s far from certain that the industry will be able to move quickly.

Carbon capture and storage entails capturing carbon dioxide generated during power generation and industrial processes, such as steel and concrete production, and transporting it for storage or use. The most common use to date has been for enhanced oil recovery – injecting the gas into oil and gas reservoirs to extract more fossil fuels.

The bill also seeks to drive deployment of direct air capture technologies, which can pull carbon dioxide out of the air.

A Princeton University analysis estimated that pertinent provisions of the bill “would increase the use of carbon capture 13-fold by 2030 relative to current policy,” with only a modest amount projected to come from carbon dioxide removal. This could translate into about one-sixth to one-fifth of the projected carbon dioxide emissions reductions from the new bill.

Consistent with most of its other energy and climate provisions, the bill seeks to drive widespread deployment of carbon removal technologies through incentives. Most importantly, it substantially amends a provision of the U.S. tax code referred to as 45Q, which is designed to drive corporate investments in carbon capture.

Under the bill, tax credits for capturing carbon dioxide at industrial facilities and power plants would increase from $50 per ton today to up to $85 per ton if the carbon is stored. If the carbon is used instead for oil drilling, the credit would go from $30 today to $60 per ton.

Credits for capturing carbon from air via direct air capture would also dramatically jump, from $50 to $180 per ton if the carbon dioxide is stored, and from $35 currently to $130 per ton if it is used.

The bill would also move back the deadline for starting construction of carbon capture facilities that qualify from 2026 to 2033, reduce the minimum capture requirements for obtaining credits, and permit direct payments for the full value of credits for the first five years of a project’s operation in lieu of tax credits.

Currently there are only a dozen carbon capture and storage facilities in the US and a couple of direct air capture facilities removing a small amount of carbon from the air.

There’s a reason the uptake of carbon capture, particularly direct air capture, has been slow. Direct air capture cost estimates vary from $250 to $600 per ton, according to one analysis, while experts have estimated that a price under $100 and closer to $50 could create a market.

Some experts believe that the bill sufficiently ratchets up 45Q credits to start driving widespread construction of carbon capture and storage facilities in the power and industrial sectors. Others believe that the direct pay provision is “the fundamental missing piece” for carbon capture and storage because project developers and sponsors can avoid the often onerous and costly process of raising tax equity to qualify to use the credits.

There’s hope that the increase in credit values for direct air capture will help to foster “synthetic economics” for this nascent market, infusing sufficient capital to develop technologies at scales that are profitable.

However, while the bill may appear helpful on a theoretical basis, both carbon capture and storage and direct air capture could face some serious headwinds over the course of the next decade and beyond.

One major challenge could be resistance to the construction of pipelines to transport carbon dioxide to storage sites. In recent years, counties and private landowners in Iowa have voiced opposition to such projects, particularly the idea that the state might allow pipeline builders to seize private land for their projects.

Pipeline construction is also a point of contention for environmental groups, especially environmental justice organizations, and could lead to protracted litigation. This stems in part from a carbon dioxide pipeline rupture in Satartia, Mississippi, in 2020, which hospitalized 45 people.

If public opposition delays construction, projects could be pushed past the window for the incentives, leaving developers with expensive projects. While some studies argue that enhanced oil recovery results in a net reduction in carbon dioxide emissions, this may ultimately be a hard political sell for local communities.

The bill may ultimately brighten the prospects for carbon removal in America, but this is by no means assured, especially in the optimistic time frame of the next decade.