Tesla, Toyota and Foxconn are among the multinational companies affected by a cascading water and energy crisis 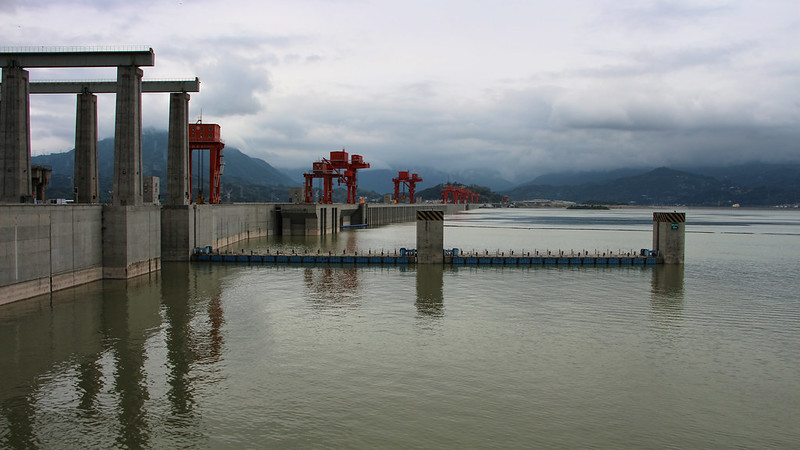 From May to July, heavy rainfall flooded Sichuan, China’s hydropower hub resulting in surplus power production. A month later, the region is drought-stricken, with reservoirs dried up, power generation disrupted and factories ordered to shut down.

Drying up the rivers and reservoirs are the heatwaves that began in mid-June and continue to sweep through southern China. Such a prolonged period of heatwave stretching for more than 60 days is happening for the first time since 1961, ramping up household demand for electricity.

“The extreme long lasting heatwaves have driven up cooling demand by 20% combined with low hydropower output due to 50% lower than normal precipitation,” said Yan Qin, an analyst with Refinitiv.

Temperatures have reached 40C in more than 10 provinces, including Sichuan, Henan, Zhejiang, Jiangsu and Anhui. In a few places, the mercury touched 45C.

Sichuan, China’s largest and most reliable hydropower producer, with around 90 GW of installed hydropower capacity, fulfills 80% of the province’s power demand. It also supplied uninterrupted power when the country faced a coal shortage last year that caused outages in a few provinces.

This year’s hydropower shortage might prompt the government to rethink its energy policy. With a 16% share in the country’s energy mix, hydropower is a crucial pillar in China’s efforts to achieve carbon neutrality by 2060. In response to the latest crunch, the government is boosting coal generation as an alternative.

The crisis hasn’t come without warning. “We had predicted that climate change, in the current case, causing an extreme weather event, will affect hydropower potential in China,” Qiuhong Tang, a Chinese Academy of Sciences professor, told Climate Home.

Rising temperatures are changing rainfall and evaporation patterns in China. As a result, models project a decrease in annual average runoff for most river basins, particularly in the southern areas.

In the recent weeks, “the heatwave also led to fast evaporation of the river and reservoirs,” Qin added, leading to a sharp drop in water levels.

Can China capture excess rainwater during March-June in its dams to generate hydropower in the lean season? Even if the country stores the excess water during the wet season and transfers it for the dry season, said another study, hydropower generation in the Yalong basin “would be reduced by 4 to 6% compared to the baseline period”.

“This change will largely affect the energy generation in Chongqing and Sichuan, which rely heavily on the Yalong River for hydropower generation,” said the authors.

Urgent adaptation measures are required to deal with the loss of hydropower potential, Tang added. “Government needs to engage more climate scientists and policymakers to deal with the situation, else a source of clean energy that could help the country meet its climate goals will face serious loss.”

“For hydropower, storage management is crucial. Store water when demand is low and generate power from it when demand is high. Climate change affects both electricity demand and inflow into the reservoirs, potentially creating a demand and supply gap,” said Nathalie Voisin, Chief Scientist at Pacific Northwest National Laboratory, US.

“In some regions, inflows are happening earlier than before, which might be difficult to store until the peak summer months, cascading a water crisis into a power crisis,” she said.

Weather data shows the flood season in southern China began two weeks earlier than usual, and average rainfall hit levels that have not been seen since 1961. And when the heatwave began in mid-June, the water level in Sichuan’s reservoirs started declining, unable to meet the peak summer demand.

Meanwhile, companies facing significant production losses due to frequent lockdowns imposed as a part of China’s zero-covid-19 policy are getting desperate. Shanghai officials sought priority power access for Tesla suppliers in Sichuan province, sparking a backlash on social media from residents suffering from the power outages.