Climate is emerging as a major issue in Brazil’s presidential contest, with both leading candidates promising to protect the Amazon rainforest 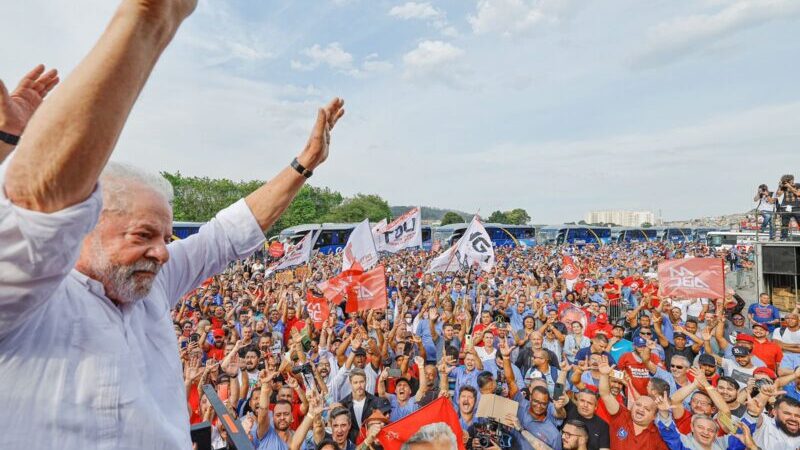 The climate crisis and rainforest conservation are emerging as major issues in Brazil’s upcoming presidential election. Yet both leading candidates are pushing for new fossil fuel infrastructure.

Former leftist president, Luiz Inácio “Lula” da Silva, leads the polls against the current president Jair Bolsonaro, who is seeking reelection. More than 156 million people are registered to vote on 2 October for the first electoral round.

Despite Bolsonaro’s destructive policies towards the Amazon rainforest, both he and Lula have incorporated proposals to halt deforestation, in an effort to attract concerned voters.

More than in previous years, the climate crisis has become a significant voter priority for this election, analysts told Climate Home News.

The South American country of 212 million people is the world’s sixth largest greenhouse gas emitter and home to most of the Amazon rainforest, which has experienced rising deforestation and extreme wildfires in the last four years.

In the case of all major candidates, avoiding climate action in their plans would be a “political suicide”, given the global and national context, said Thales Castro, head of the Political Science Program at the Catholic University of Pernambuco (Unicap).

Bolsonaro’s government plan proposes the use of green bonds and carbon credits to finance emissions reductions, as well as hiring 6,000 firefighters to control extreme wildfires.

The document says he’ll seek to accelerate “actions to reduce” emissions, and adds that Brazil can be a “provider of climate solutions and establishing itself as a world leader in a global green supply chain”.

But Bolsonaro’s deforestation record and his support for large agribusiness show that these proposals cannot be taken seriously, said Marcio Astrini, executive secretary of the climate NGO coalition Observatório do Clima.

Under his term, deforestation in the Amazon rose to a 12-year high. After this data was revealed by Brazil’s National Institute for Space Research, he denied it and sacked the head of the space agency.

Lula has a more positive conservation record as president 2003-2011, but if elected will face the challenge of undoing some of Bolsonaro’s legislation, said Cynthia Suassuna, climate policy researcher at Unicap. For example, a “land-grab” bill that legitimises squatters who raze Amazon rainforest for cattle ranches or soy plantations, which has passed the lower house of parliament and is on the government priority list for a Senate vote before the election.

On fossil fuels, Lula – like Bolsonaro – supports increasing production. His plan calls for development of the “pre-salt”, an abundant reserve of high quality petroleum found near Brazil’s shores.

Thanks to its abundant hydropower capacity, Brazil has a relatively clean electricity, with fossil fuels representing only 12% of the generation mix. However, Brazil is a major oil exporter and Latin America’s top producer.

In part, the country ramped up production through public subsidies. In 2020, Brazil spent more than 2% of its GDP subsidizing fossil fuels. During Bolsonaro’s presidency, since 2018, it expanded subsidies significantly.

Fossil fuels will be “hard to get rid of”, said Suassuna. In an interview with Time, Lula said “we still need oil for a while” and he supports a “long-term” reduction process.

This view contrasts with other left-wing presidents in the region, such as the recently elected Gustavo Petro in Colombia, who called for an “anti-oil bloc” and proposed new taxes for oil exports.

Both Suassuna and Astrini welcomed some signs of supporting an energy transition in Lula’s proposals. One key project is to transform Petrobras from an oil company to an energy corporation investing in fertilizers, biofuels, and renewables.

From a Bolsonaro government, on the other hand, Astrini from Observatório do Clima said “we don’t expect any positive proposals or promises”.

Updating the country’s compromises with more ambitious climate targets must be part of the new government’s actions during the first 100 days, Astrini said.

Suassuna added that there was a need for an integrated adaptation policy that covers access to housing, water and health for Brazil’s poorest.

“This is a decisive election”, particularly for the Amazon rainforest, which is at the brink of ecological collapse, Astrini concluded.

Climate Home News contacted both the Lula and Bolsonaro teams for comment, but received no reply by the time of publication.