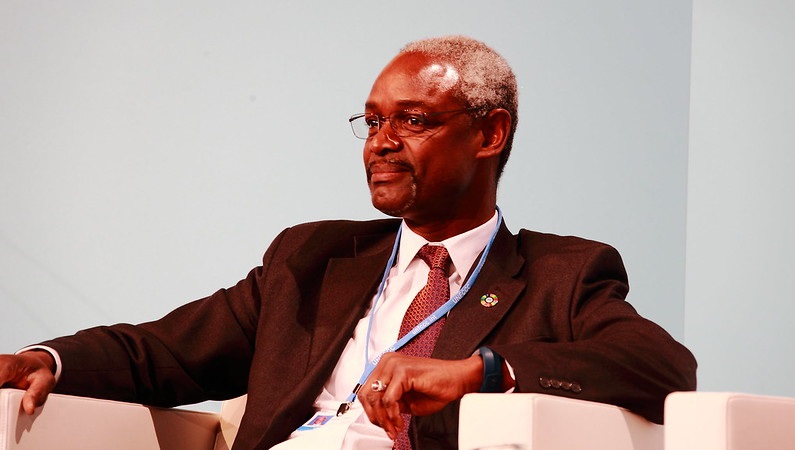 Mauritanian diplomat and head of the UN body to combat desertification Ibrahim Thiaw has been appointed interim executive secretary of UN Climate Change.

Thiaw will take over the role when Patricia Espinosa, who has been in the job six years, steps down next month and “until the selection process for the new executive secretary is completed,” a letter to parties, seen by Climate Home News, states.

Espinosa told staff of the decision on Monday and UN Climate Change sent a note to governments today.

Thiaw has served as the executive secretary of the UN Convention to Combat Desertification (UNCCD) since January 2019. In this role, he called for land management to be more closely linked to climate action.

#Climate action is strongly linked to #land management. We can turn a vicious, circular relationship into a virtuous one. Let us foster closer collaboration, break out of our silos and set a new policy and investment paradigm. #ClimateDialogues ⁦@UNFCCC⁩ pic.twitter.com/yp3huto3LM

Before that, Thiaw was the UN Secretary-General’s special adviser for the Sahel region of Africa and the assistant secretary general of the UN Environment Programme.

He holds a degree in forestry and spent ten years in the rural development ministry of Mauritania, a large sparsely-populated nation which spans much of the west of the Sahara desert.

While Espinosa was rumoured to step down following her second term as climate chief, the UN was slow to start the recruitment process with the job advert only published on 13 May.

The deadline for applications to be her permanent replacement is on Friday. Current Cop26 president Alok Sharma, from the UK, is reported to be interested in the job.

Patricia Espinosa: Some rich nations felt demands on finance were ‘too strong’

But three of the five executive secretaries have been European so developing nations, particularly in Africa and Asia, are likely to argue that the role should go to someone from their regions.

The job advert states that female applicants are “especially welcome” to apply for the $207,000 a year role based in Bonn, Germany.

Climate Home’s sources have suggested several African and Asian women as possible contenders including the environment ministers of Rwanda, Egypt and Nigeria and the finance minister of Indonesia.

Thiaw will combine his role at UNCCD with running UN Climate Change ahead of the Cop27 climate talks in Egypt in November. He said he is “committed to ensuring that there will be no disruption in the dispensing of my function” at UNCCD.

This article was updated to include Ibrahim Thiaw’s comments