Across China, hundreds of local authorities are partnering with solar developers to cover a percentage of buildings with PV by the end of 2023 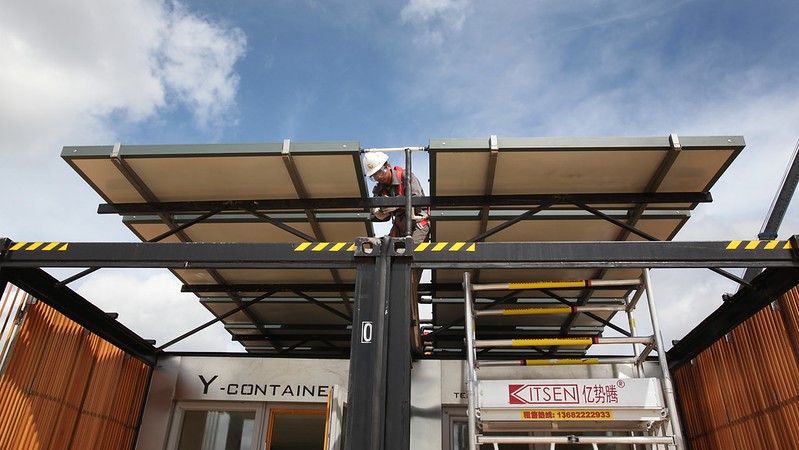 A major push to install rooftop solar panels on Chinese buildings is putting the nation on track for another record-setting year on renewable energy.

On Wednesday, the housing department and the National Development and Reform Commission, which oversees strategic planning, announced a plan for new-build public buildings and factories in town and cities to be covered at 50% by solar panels by 2025.

By the end of 2023, the bureau proposed to cover with solar panels 50% of rooftop space on party and government buildings, 40% of schools, hospitals and other public buildings, 30% of industrial and commercial spaces and 20% of rural households. A total of 676 counties from 31 provinces have registered for the scheme.

According to local reports, nearly all projects have started and there are early signs of success.  In the first quarter of the year, distributed solar installation tripled to 9GW, up from 3GW the same time last year.

“The blistering growth in China’s solar power installations this year is largely driven by distributed/rooftop projects,” tweeted Lauri Myllyvirta, of the Centre for Research on Energy and Clean Air, who described the policy as “ambitious and smart”.

In the first five months of the year, China’s overall installed solar capacity was 24GW – a year-on-year increase of close to 140%.

This is largely driven by “clean energy bases” – unprecedented concentrations of large-scale solar projects in China’s deserts and on barren land.

The pilot alone could deliver installed capacity around 100GW, analysts estimate. If the policy is rolled out across the country, it could eventually reach 600GW.

“China is making very impressive efforts to install solar energy,” Xing Zhang, senior analyst at the Centre for Research on Energy and Clean Air. “It has gigantic projects and smaller projects like rooftop PVs. Almost all the available surfaces in China are going to be covered by solar panels, with big projects covering the deserts and small projects covering the rooftops.”

The rooftop solar programme, she added, will “no doubt help to decarbonise China’s power sector and help with the energy system transition”.

The programme has been hailed for the way it delivers a top-down policy in a decentralised manner.

David Fishman, an energy sector consultant for the China-based Lantau group, told Climate Home that local authorities and companies play a critical role in identifying building owners to host the panels and organise contracts. Once the permits are secured, local actors can sell the project to larger developers that carry out the installations.

“It’s like paying someone to mix the ingredients for a cake for you and put it in a pan, and then you buy the unbaked cake from them and bake it yourself,” Fishman said.

When the developers get involved, they have a choice of two models: residents buy the panels and sell the power to the developer. Or the developer leases the rooftop space from the owners and owns the panels.

The first option is preferred, Fishman explained. “The rural residents tend to take better care of the solar panels when they own them,” he said, citing problems with rural residents using panels to hang clothes or dry grain.

The outcome is that each actor along the value chain is incentivised to massively boost solar installations, he added. The bulk of the cost is shouldered by state-owned companies and building owners are guaranteed an income from selling the power.

Comment: Heat and humidity gets dangerous to health sooner than most people realise

Some electricity distribution companies have called for a slowdown of installations where the grid wasn't ready for such a high volume of extra power, Fishman said. "But at the end of the day, that's more of a good problem to have."

“The programme will definitely drive China’s installed solar capacity in the coming years,” said Jin Boyang, a senior analyst for Refinitiv based in Beijing, describing a “promising” tool to help China meet its goal of 1,200GW of renewable capacity by 2025.

If proved successful, it could become a model for other developing countries "as it could dramatically increase the electrification rate of rural areas," he said.