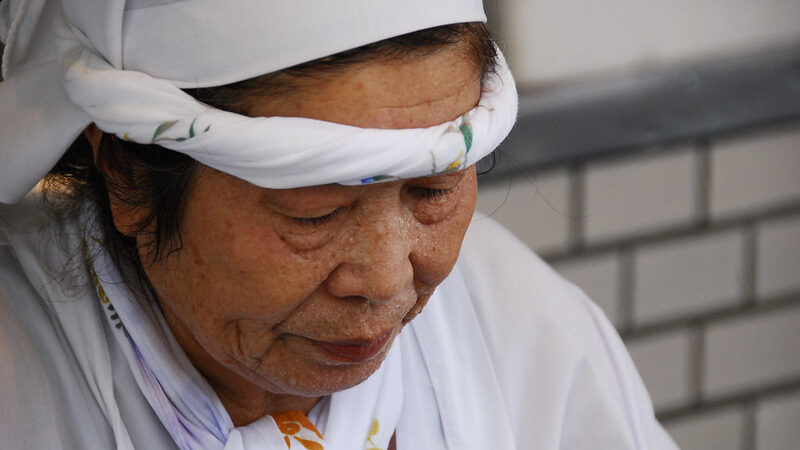 At a certain threshold, sweat stops working to cool the body down (Pic: Paul Keller/Flickr)

Heat waves are becoming supercharged as the climate changes – lasting longer, becoming more frequent and getting just plain hotter. One question a lot of people are asking is: “When will it get too hot for normal daily activity as we know it, even for young, healthy adults?”

The answer goes beyond the temperature you see on the thermometer. It’s also about humidity. Our research shows the combination of the two can get dangerous faster than scientists previously believed.

Scientists and other observers have become alarmed about the increasing frequency of extreme heat paired with high humidity, measured as “wet-bulb temperature.” During the heat waves that overtook South Asia in May and June 2022, Jacobabad, Pakistan, recorded a maximum wet-bulb temperature of 33.6C (92.5F) and Delhi topped that – close to the theorized upper limit of human adaptability to humid heat.

People often point to a study published in 2010 that estimated that a wet-bulb temperature of 35C – equal to 95F at 100% humidity, or 115F at 50% humidity – would be the upper limit of safety, beyond which the human body can no longer cool itself by evaporating sweat from the surface of the body to maintain a stable body core temperature.

It was not until recently that this limit was tested on humans in laboratory settings. The results of these tests show an even greater cause for concern.

To answer the question of “how hot is too hot?” we brought young, healthy men and women into the Noll Laboratory at Penn State University to experience heat stress in a controlled environment.

These experiments provide insight into which combinations of temperature and humidity begin to become harmful for even the healthiest humans.

Each participant swallowed a small telemetry pill, which monitored their deep body or core temperature. They then sat in an environmental chamber, moving just enough to simulate the minimal activities of daily living, such as cooking and eating. Researchers slowly increased either the temperature in the chamber or the humidity and monitored when the subject’s core temperature started to rise.

When the body overheats, the heart has to work harder to pump blood flow to the skin to dissipate the heat, and when you’re also sweating, that decreases body fluids. In the direst case, prolonged exposure can result in heat stroke, a life-threatening problem that requires immediate and rapid cooling and medical treatment.

Our studies on young healthy men and women show that this upper environmental limit is even lower than the theorized 35C. It’s more like a wet-bulb temperature of 31C (88F). That would equal 31C at 100% humidity or 38C (100F) at 60% humidity.

Current heat waves around the globe are approaching, if not exceeding, these limits.

In hot, dry environments the critical environmental limits aren’t defined by wet-bulb temperatures, because almost all the sweat the body produces evaporates, which cools the body. However, the amount humans can sweat is limited, and we also gain more heat from the higher air temperatures.

Keep in mind that these cutoffs are based solely on keeping your body temperature from rising excessively. Even lower temperatures and humidity can place stress on the heart and other body systems. And while eclipsing these limits does not necessarily present a worst-case scenario, prolonged exposure may become dire for vulnerable populations such as the elderly and those with chronic diseases.

Our experimental focus has now turned to testing older men and women, since even healthy aging makes people less heat tolerant. Adding on the increased prevalence of heart disease, respiratory problems and other health problems, as well as certain medications, can put them at even higher risk of harm. People over the age of 65 comprise some 80%-90% of heat wave casualties.

Staying well hydrated and seeking areas in which to cool down – even for short periods – are important in high heat.

While more cities in the United States are expanding cooling centers to help people escape the heat, there will still be many people who will experience these dangerous conditions with no way to cool themselves.

Even those with access to air conditioning might not turn it on because of the high cost of energy – a common occurrence in Phoenix, Arizona – or because of large-scale power outages during heat waves or wildfires, as is becoming more common in the western US.

A recent study focusing on heat stress in Africa found that future climates will not be conducive to the use of even low-cost cooling systems such as “swamp coolers” as the tropical and coastal parts of Africa become more humid. These devices, which require far less energy than air conditioners, use a fan to recirculate the air across a cool, wet pad to lower the air temperature, but they become ineffective at high wet-bulb temperatures above 21C (70F).

All told, the evidence continues to mount that climate change is not just a problem for the future. It is one that humanity is currently facing and must tackle head-on.

W Larry Kenney is professor of physiology, kinesiology and human performance, Daniel Vecellio is a geographer-climatologist and postdoctoral fellow, Rachel Cottle is a PhD candidate in exercise physiology and S Tony Wolf is a postdoctoral researcher in kinesiology, all at Penn State.