The European Parliament’s four largest political groups are proposing a 14.5% efficiency goal by 2030, up from the 9% discussed last year 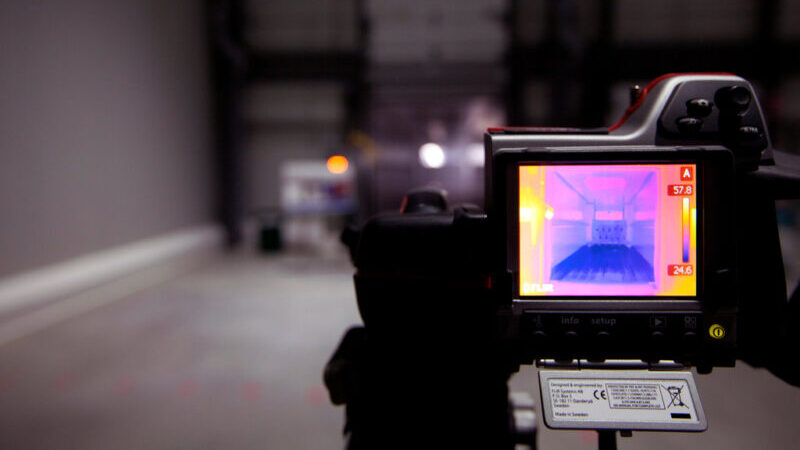 The four largest political groups in the European Parliament have united behind proposals to raise the EU’s energy efficiency target for 2030, saying this will help ease energy prices for consumers and eliminate imports of Russian fossil fuels.

Russia’s war in Ukraine is having profound consequences on the EU’s energy and climate policies.

In May, the European Commission already proposed raising the EU’s energy efficiency target to 13% by 2030, up from the 9% figure it originally put on the table in July last year.

The plan, dubbed REPowerEU, is designed to cut imports of Russian fossil fuels by two-thirds before the end of this year and eliminate them completely “well before 2030” by diversifying gas supplies and accelerating the green transition.

Crucially, this will be the first time that energy savings become a legal obligation on EU member states, which increases the odds that the target will be met.

But as the war drags on and Russia threatens to cut supplies to Europe entirely ahead of next winter, lawmakers in the European Parliament have decided to up the ante and raise the EU’s efficiency target even further.

“This deal has broad political support in the European Parliament, which shows a commitment to deliver,” said Niels Fuglsang, a Danish lawmaker from the S&D group who is the Parliament’s leader on the revised directive.

“In this time of energy crisis where Putin shuts off gas deliveries to the EU, we need to save more energy, and we need to do this by setting high and binding energy efficiency targets for the EU as a whole and for the individual member states,” he told Euractiv in emailed comments.

The highlight is a higher energy efficiency target of 14.5% by 2030 compared to the 2020 reference scenario.

“We acknowledge that 13% in REPowerEU is already ambitious, but we can also go higher – we want to see if possible that we reach 14.5%,” said Pernille Weiss, a Danish Christian Democrat MEP who steers the EPP’s position on the file.

The additional reduction of 14.5% results in 740 million tonnes of oil equivalent (Mtoe) of final energy consumption and 960 Mtoe of primary energy consumption to be reached in 2030 respectively, according to the joint proposal circulated on Monday.

In addition, public authorities in EU countries would have the obligation to reduce their energy consumption by “at least 2%” every year in order to “ensure that the public sector fulfils its exemplary role,” the joint proposal says. This is up from 1.5% in the Commission’s earlier plans.

EU member states would, however, “retain full flexibility regarding the choice of energy efficiency improvement measures” to achieve the target on final energy consumption, the joint text adds.

A key aspect for Pernille Weiss and the EPP is that the joint amendments recognise the differences between EU member states.

“We have different infrastructures, industries, and buildings all over Europe,” Weiss explained at a press briefing on Monday (11 July). According to her, the compromise gives EU countries “the necessary flexibility” when setting their national contributions “by allowing them to take into account different national circumstances affecting energy consumption – such as GDP forecasts, the uptake of renewable energy, the development of storage technologies and the overall level of ambition in national decarbonisation plans”.

As part of this flexibility, EU countries will be able to count fossil savings towards one-third of their savings obligations until mid-2028, Weiss said. Member states will also have leeway to decide on renovation requirements for social housing, which is not defined uniformly across the 27 EU countries.

Still, the compromise texts also “provides for the establishment of binding national energy efficiency contributions for 2030,” a move that was supported by the Greens. And every four years, large companies will have to perform energy audits, whose recommendations will be mandatory.

“As the European Court of Auditors had found that the implementation of audit recommendations would contribute most to more energy efficiency, it is only logical that the Industry Committee now makes implementation mandatory,” said Jutta Paulus, a German Green MEP who represented the Greens in the negotiations.

With the four largest political groups on board, the amended directive is expected to sail through easily when the Parliament’s industry committee votes on the proposal this Wednesday.

The full Assembly will hold a debate on the revised directive in September. Unless one of the Parliament’s political groups asks for a plenary vote to be held, the file will be sent directly for so-called trialogue talks with the 27 EU member states in the EU Council of Ministers to finalise the legislation.

The final target, and the measures to meet it, will be at the centre of talks with the Council, which agreed its position on 27 June.