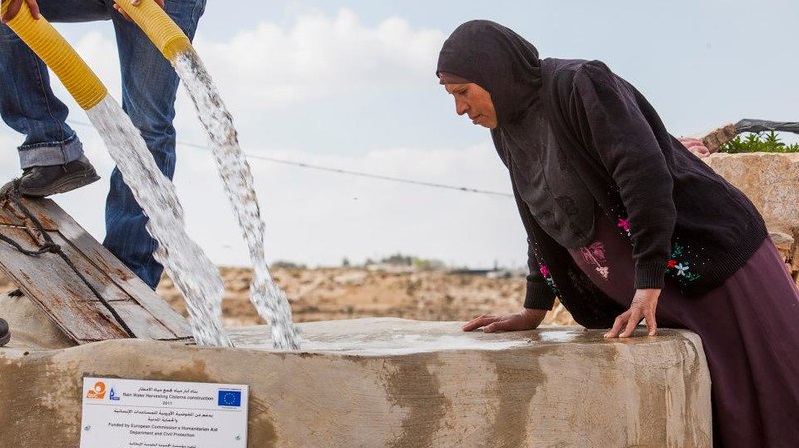 Germany’s economy and climate minister has talked up a plan to bring peace to the Middle East through solar panels and drinking water.

After a visit to the Jordan river which divides Palestine’s West Bank region from Jordan, Robert Habeck posted on Instagram about his support for the EcoPeace NGO and its proposed “Green Blue Deal for the Middle East”.

In particular, he supported the plan by an Emirati company to build a solar farm in Jordan to power a desalination plant in Israel. “The idea,” he said, “is to include the Palestinians and the Gaza strip in this regional water-energy community.”

A related proposal is to build a solar farm in the West Bank to power a desalination plant bringing water to Gaza’s two million people.

But for Palestinians to benefit from these projects, Israel will have to be persuaded to allow them to go ahead and to limit the amount of water it takes for its own population.

Israeli control of Palestine’s scarce water supplies has been a driver of the long-running conflict and climate change has made this problem worse.

Average monthly rainfall in the West Bank is expected to decrease 8-10 mm by the end of the century and Israeli companies and illegal settlements control much of that increasingly scarce water.

While Palestinians in the West Bank struggle to grow crops and collect rainwater in black containers on their roofs, neighbouring Israeli settlements often enjoy swimming pools, gardens and water-intensive agriculture.

The average Israeli uses over three times more water than the average Palestinian which has led to resentment.

Based on EcoPeace's proposals, a UAE-based company plans to build solar panels in neighbouring Jordan and export the electricity generated to a desalination plant in Israel which will turn sea water into drinking water. No company has promised to build that plant yet but the idea is that the drinking water will be sold to Jordan. Habeck said this project is "an example of how some Arab states are now beginning to cooperate with Israel".

While this water is unlikely to go to Palestine, EcoPeace's founder Gidon Bromberg said it would improve relations between Israel and Jordan. For Palestine, he said that desalination technology means that water is "no longer a zero sum game". Negotiations on water have been fraught for decades because allowing Palestinians to have more water means less water for Israeli farmers, he said.

But desalination and the treatment of sewage water so that it can be used on crops have increased the total amount of water available. "Water is no longer a difficult issue to solve," Bromberg said. "Palestinians can get their fair share of natural water which means Israel needs to reduce its pumping of sheer groundwater but Israel can replace that source at competitve prices by mostly increasing desalination". 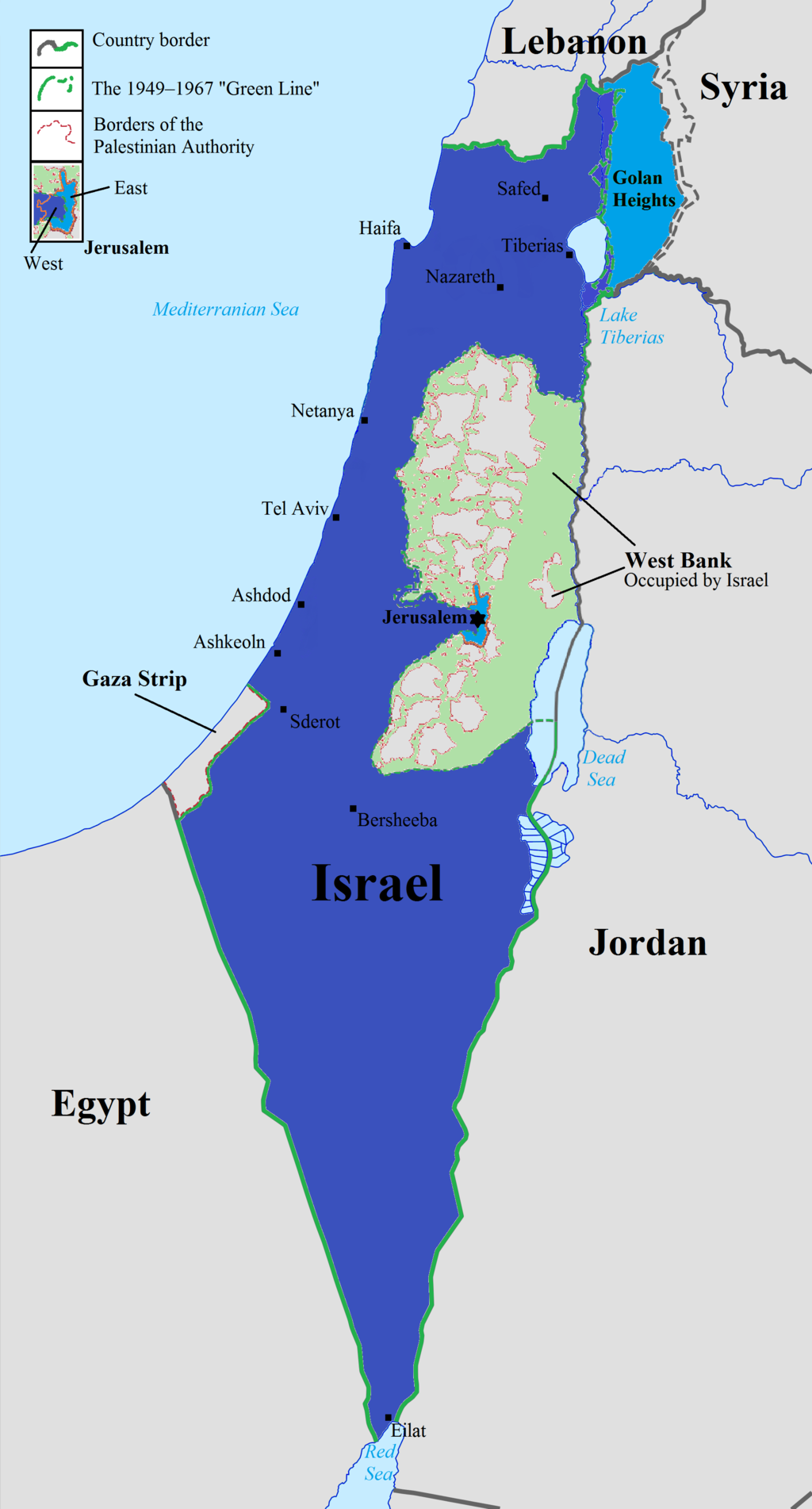 Asked why Israel would give up groundwater to the Palestinians, Bromberg said: "An agreement needs to be reached so Israel would have to sign it and agree so." He added: "There will be an expectation that also as part of the agreement that the sewage from mostly the Palestinian side would be prioritised to be treated and not flow untreated into shared water basins."

The other aspect of EcoPeace's plan relates to the Palestinian region of Gaza, an enclave ten times the size of New York's Central Park which houses two million people.

Unlike the West Bank, it is not occupied by the Israeli military but is under siege with Israel and Egypt controlling who and what can enter. Gaza suffers from water scarcity made worse by climate change and by Egypt and Israel's restrictions on materials needed to repair its water infrastructure.

To fix this water crisis, EcoPeace wants a 55m cubic metre desalination plant in Gaza powered by renewable energy from the West Bank. They discussed this proposal with Habeck and with the president of the European Investment Bank, Bromberg said.

Under EcoPeace's plans, the solar farm would be run by a Palestinian company and the desalinated water would be used by the people of Gaza. But the proposal is still at an early stage.

One obstacle is that the area of the West Bank on which they want to build solar panels is the part most stringently controlled by the occupying Israeli military, known as "area C". So they need the Israeli Ministry of Defence's permission. "We're hopeful that this is going to move forward," Bromberg said.

As the West Bank and Gaza are geographically separated by Israel, the electricity that connects the solar farm and the desalination plant would have to run through the Israeli grid and could be cut by the Israeli government. "But the track record is that everyone understand it's not in anyone's interest to stop the flow of electricity or stop the flow of water," said Bromberg.

Benjamin Pohl, head of Adelphi's climate diplomacy and security programme, said the Israeli government would be under pressure to extract concessions from the Palestinians in return for allowing this project to go ahead.

"There's a long history of, for example, border crossings into Gaza, being used as a lever to try to get political developments into a certain direction," he said. On the other hand, he said, "from a very cynical perspective, Israel has an interest in not increasing desperation in Palestinian territories because that would be a huge challenge to Israeli security."