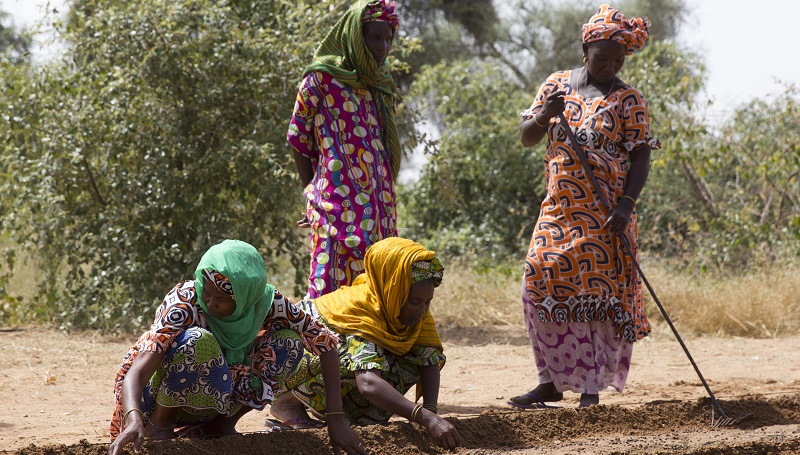 Women working the land in the Sahel region as part of a Great Green Wall project (Photo: Makewaves/UNCCD)

The Great Green Wall is the UN’s one big idea for combatting desertification: an 8,000 kilometre stretch of vegetation across the Sahel region of Africa. Fifteen years after launch, there is little to show for it on the ground.

Billed as a solution to the poverty and conflict afflicting the semi-arid region, the programme has been held back by financial barriers, lack of coordination between governments and accelerating climate impacts.

Unpacking these challenges has dominated discussions among African leaders at a two-week summit of the UN desertification body in Abidjan, Ivory Coast that ends on Friday.

“Hope is not yet turning into action at the scale or pace you aspire to,” Thiaw told African leaders during the Cop15 talks in Abidjan, Ivory Coast. “Because collectively, we are struggling to turn those pledges into projects and investments.

“Understandably, this is leading to frustrations,” he said.

A recent report by UNCCD found that 40% of the planet’s land is degraded – directly affecting half of humanity.

Vulnerable populations in the Sahel are on the frontline as the harsh conditions of the Sahara creep southwards. During the meeting’s opening ceremony, Niger’s president Mohamed Bazoum told heads of state of a vicious cycle of desertification, poverty and violence because of competition over resources.

“The principle reasons for the tragic worsening of these scourging remains ongoing desertification and the degradation of arable land,” he said.

The Great Green Wall has been hailed as “an inspiring model” to transform the lives of million of people by creating jobs in sustainable land management and agriculture and ecosystem restoration. Plans are being drawn up to reproduce it in southern Africa.

Yet a 2020 official progress report found that barely 4% of its target to restore 100 million hectares of land had been achieved.

It forms a central part of a global commitment to restore one billion hectares of degraded land by 2030. To achieve this, negotiators in Abidjan are expected to agree to boost drought preparedness, future-proof land use against climate impacts, tackle the growing risks of sand and dust storms and strengthen land rights. 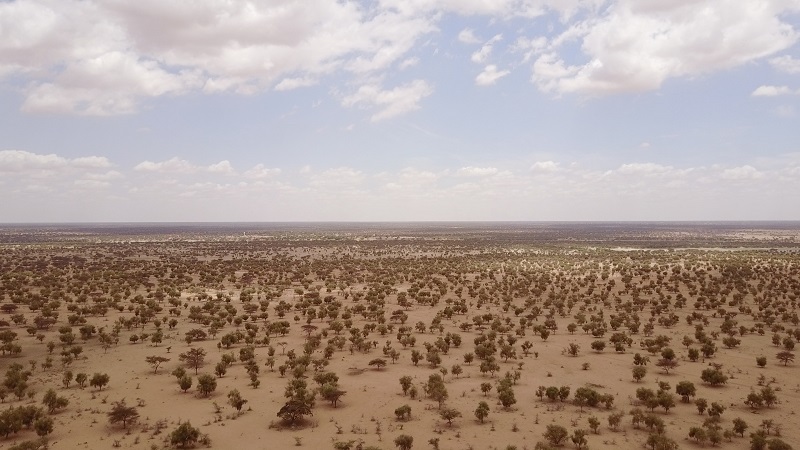 The Great Green Wall aims to restore 10 million hectares of land across the Sahel region in Africa (Photo: Makewaves)

Disillusioned by the process, some expressed skepticism another climate meeting would deliver for Africa.

These summits “have created big hopes for Africa” in the past, Moussa Faki Mahamat, of Chad, president of the African Union Commission, told the meeting’s opening ceremony.

“But in truth, all these strategies and conferences haven’t achieved the expected results and the promises that underpinned them have not been met.”

Trust may have been further shaken when it emerged that former Ivory Coast minister for waters and forests Alain Richard Donwahi was appointed to preside over the meeting despite being embroiled in a timber trafficking case.

Donwahi denies the allegations and an investigation is ongoing.

Despite good intentions and renewed political attention, the Great Green Wall is failing to deliver the prosperity and development envisioned for the Sahel.

“A few years after the start of its implementation phase, we are confronted, it has to be said, to a number of obstacles,” Sakhoudia Thiam, of the Pan-African Agency of the Great Green Wall told an event on Wednesday.

Worsening climate impacts are outpacing efforts to address them.

“Today, we are witnessing increasingly worrying phenomena and a changing climate which is impacting the well being of local population,” said Thiam.

With temperatures rising 1.5 times faster in the Sahel than the global average and declining rainfall, restoring vegetation is a challenge and young plants must be protected from hungry livestock.

Thiam added that nearly half of the land best suited for regeneration is located in conflict zones.

Comment: Why Denmark and Bangladesh are urging support for victims of climate disaster

Funding is not getting through. Following the One Planet Summit organised by France last year, international donors pledged $19bn to support the activities of the African-led initiative.

More than a year on, the money still hasn’t been disbursed. President Emmanuel Macron was not there to explain why. Leaders of developed countries were nowhere to be seen.

Thiaw, of the UNCCD, described the current system for accessing the pledged finance as “complex and cumbersome at best”.

Chris Magero, senior programme officer on forest and grassland at the International Union for the Conservation of Nature, told Climate Home African nations also needed to invest themselves in the Great Green Wall vision.

“Rangelands have never been prioritised. They have long been seen as areas of wasteland and have not been targeted as areas of restoration,” he said – something IUCN and its partners are working to “demystify”.

And it’s not just finance that is missing. The pan-African agency responsible for delivering the project is understaffed, Thiam said.

“With the best will in the world, neither the national agency of the GGW, as currently set up, nor a single line ministry can make all the necessary wheels turn,” said Thiaw.

Government should elevate the issue and provide oversight at the presidential level, he said.