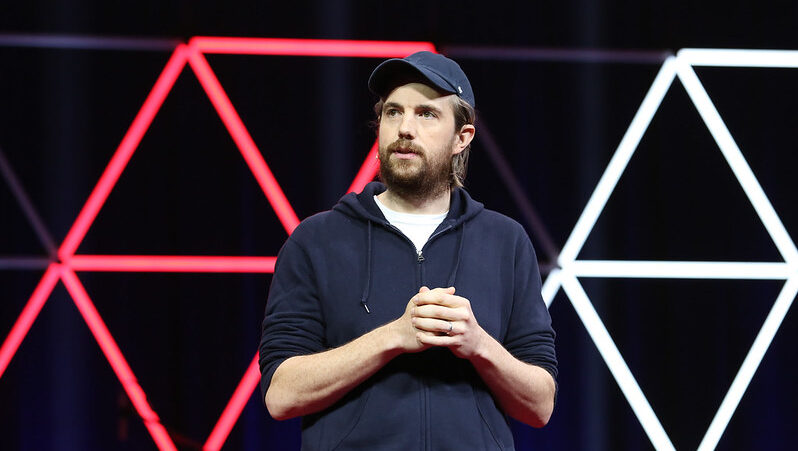 Australian software billionaire Mike Cannon-Brookes made a dramatic $660 million market raid on Australia’s biggest coal generator and polluter AGL this week, vowing to oppose its proposed demerger and fasttrack its exit from coal.

Grok Ventures, the private investment firm of Cannon-Brookes and his wife Annie, hired brokers to stand in the market late Monday to snap up an 11.28% voting stake, which may be enough to thwart the demerger at the upcoming shareholder meeting in June.

Of all the things that have and will be said about Cannon-Brookes and his landmark siege of AGL, the one that seems to get under his skin the most is the claim that he is the person responsible for the early closure of Australia’s coal generators.

It’s an attack line that is readily deployed by fossil fuel lobbyists and Coalition conservatives, if you’ll excuse the tautology, because there is nothing so easy as throwing darts at someone when you are trying to hide a complete stuff up.

It fits with the rhetoric that it is the inner city elites that are meddling with the futures of coal industry employees, not global economic, technology and environmental factors. And it annoys the heck out of Cannon-Brookes.

“The thing I push back on is people say like, ‘Oh, Mike wants to shut down the plants’,” Cannon-Brookes told RenewEconomy in an interview earlier this week.

“I’m like, let’s be clear here: These plants are shutting down.

Cannon-Brookes says the last coal unit should be closed by 2035 at the latest, and big efforts made to ensure that the replacement capacity – renewables and storage – is delivered by then.

“There’s a number of reasons we need to get it done,” Cannon-Brookes says.

“Find me a model outside of AGL that shows that these plants are in any way able to be run in 2045. There is also the case that… attracting capital requires you nowadays to have a plan that is somewhat aligned to various global climate agreements.

“That would necessitate, in my understanding, 2035 is probably the outside date and you need a really credible plan to say that that’s the last day, when the last unit of the last coal plant will be shut down.”

AGL paints this an extreme position. But it’s not got many supporters of that view.

After all, the NSW Coalition government is working on the assumption that all of the state’s black coal generators (including AGL’s Bayswater) will be closed in a decade, which is why it is working on a renewable infrastructure plan that will likely turn out to be one of the most significant and rapid transitions in the western world.

And the Australian Energy Market Operator’s latest planning document, known as the Integrated System Plan, assumes that all brown coal generators (including AGL’s Loy Yang A) will also be gone within a decade.

It’s important to note that AEMO’s scenario planning is endorsed by the overwhelming majority of the energy industry, and a growing number believe the transition will – and must – be even quicker than that.

But not AGL. Its business plan assumes Loy Yang A will keep generating, and polluting, for another 13 years, until 2045. It wants to split the business into two to manage the transition at its own speed.

Cannon-Brookes says this position is completely untenable, given what is at stake for employees, the environment and the future of the company, and has vowed to stop the company split.

It has now turned into a bitter fight. Cannon-Brookes told RenewEconomy earlier this week – a day after launching his market raid – that he was “sick of them [the AGL board] fucking it up.”

AGL retorted on Thursday by accusing the Cannon-Brookes team of making “false claims”, including the observation that AGL has made no direct investment in renewables over the last five years.

AGL says it has invested $4.8 billion over the last two decades in renewables. The irony is that while that may be true, it doesn’t mean that Cannon-Brookes’ claim is false.

The argument that AGL has made no direct investment in renewables in the last five years is supported in the very same document that the company used to attack Cannon-Brookes. As this map below reveals, all the latest projects have been funded by “third parties”.

But this dispute over direct and indirect investment misses the point.

The central motivation of Cannon-Brookes’ tilts at AGL – first in the rejected joint offers made by his private company Grok Ventures and Brookfield, and now through the on market raid – is about the speed of AGL’s transition.

He says it’s way too slow.

AGL, let’s remember, is the biggest generator of coal in Australia and the biggest single greenhouse polluter in the country, and Cannon-Brookes says its strategy is in no way aligned with a 1.5C or even a 2C target.

A decade ago, AGL’s then CEO Michael Fraser justified his eye boggling investment in coal generators by saying it would provide the cash flow to invest in renewables. Let’s burn coal so we can build more renewables, he argued at the time.

It didn’t sound right then and it doesn’t now. (Bizarrely, Origin Energy’s Frank Calabria is using a similar argument to justify the company’s massive gas investments, even though it has chosen to fast track the closure of its remaining coal generator at Eraring).

And in AGL’s case, it hasn’t turned out the way Fraser suggested it would. He was succeeded by American Andy Vesey, who tried to change the colour of the business plan back to green but got hounded out of the job when he announced the closure of Liddell.

AGL claims to have invested in 2.3GW of renewables in the past 20 years, but given the time-frame, the size of the Australian market and its dominant position, that’s not really a heck of a lot. It has been more interested in rewarding shareholders with its profits from coal.

Now AGL, according to this week’s presentation, is saying it will invest 3GW in renewables and flexible capacity by 2030. Again, that doesn’t come close to what’s likely needed to allow an early closure of its remaining coal generators.

It’s an important point because AGL is suggesting that 2045 is the last possible date for closure of Loy Yang A, not the actual target date. And it is suggesting that this could be brought forward if enough renewable capacity can be built instead.

That sounds a lot like Cannon-Brookes’ plan. The big difference is over the speed of that investment and the transition, and Cannon-Brookes’ contention that this is best done by AGL as a single entity rather than split in two.

Cannon-Brookes also points to the contradictory messages sent out by AGL over Liddell, the ageing, clapped out generator that will close its last unit next year, and Bayswater, located right next door that AGL wants to run for at least another decade.

“It boggles the mind that in Liddell, we’re going to make this wonderful green hub with industrial facilities and batteries and all this stuff, we’re using the land and the assets and stuff, but at Bayswater they say we can’t do that, it’s way too hard,” Cannon-Brookes says.

“I’m like, hang on, are they fundamentally different? Explain to me the fundamental difference between Liddell and Bayswater. There isn’t one. It’s bullshit. It’s entirely possible to be done. So you’ve just got to go out and do it.”

The difference between Cannon-Brookes and the multiple others who think that way is the fact that he has the resources, and is willing, to lay $650 million on the table to bring the issue to a head.

That’s a big change from the Twitter exchange with Elon Musk that led to the construction of the Tesla big battery in South Australia, or his social media campaign against Scott Morrison’s “fair dinkum” power dismissal of renewable energy.

This is an all in confrontation with a bastion of corporate Australia and one of the most powerful and influential companies in the country. There is much at stake, not just for AGL, but for the rest of the fossil fuel industry, and the country for that matter.

“It’s not philanthropic. It’s not a charitable exercise,” Cannon-Brookes says. But it does mark one of the key moments in Australia’s green energy transition. And the world is watching.