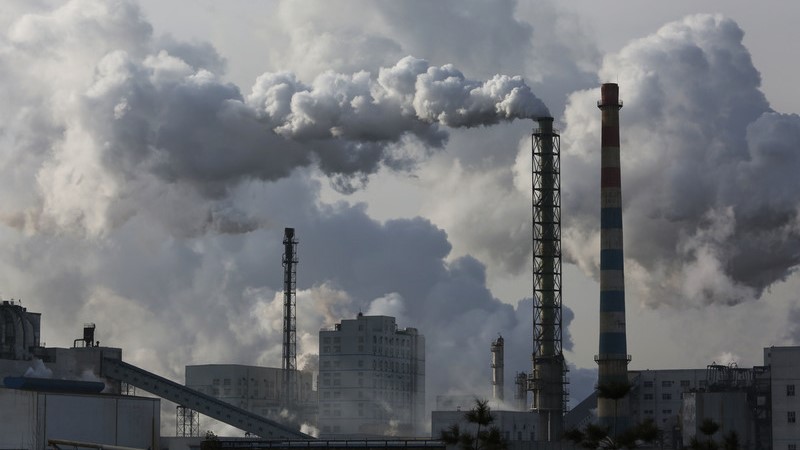 When Sihe Power Plant, located on the south-eastern edge of Qinshui coalfield, one of the six largest coal mines in China’s Shanxi Province, started generating power in 2008, it became a model for reducing towering emissions from the country’s coal mining sector.

The project uses methane released during the coal mining operation to generate 120MW of electricity. Since 60% of this coal gas has a concentration of 3-8% methane, it makes these sort of initiatives profitable.

“The challenge is to deal with the remaining 40% of low methane concentration coal gas,” said Yang Fuqiang, a senior researcher at Climate Change and Energy Transition Programme at Peking University in Beijing.

China’s energy sector, driven by its coal operations, accounted for a fifth of total methane emissions from the global energy sector last year – making it, by far, the largest methane emitter.

The government has introduced strong policies to prevent the direct release of methane into the atmosphere. But it is struggling to motivate coal mining giants to initiate methane mitigation projects.

In 2008, China made it mandatory for coal mining companies to capture and utilise coal mine methane above 30% concentration.

Companies that cannot capture high-density methane from coal have to flare the gas to prevent its release into the atmosphere. The government further introduced incentives for methane recovery.

But industry insiders say that a lack of monitoring of methane emissions coupled with the high cost of capture technologies deter the development of more methane-cutting projects.

Detecting methane emissions requires tracking on the ground and from the sky using drones, planes and satellites. These monitoring systems alone are costly and need huge investment.

The US-China joint declaration announced at Cop26 in Glasgow, UK and China’s pledge to become carbon neutral by 2060 have prompted policymakers to bolster efforts to capture methane and increase its share in the country’s energy mix.

Cutting methane emissions from the energy sector, which has a warming potential 80 times that of carbon dioxide, is increasingly seen as a quick win. At Cop26, more than 108 countries signed up to reduce its emissions under an initiative launched jointly by the US and the EU.

China stayed away from the initiative but, in its joint declaration with the US, committed to work towards limiting its methane emissions.

According to official data from 2014, the country’s energy sector contributed 24.7 million tonnes or 45% of national methane emissions. Coal mines alone were responsible for around 38% of emissions – unlike in the US and the EU where a majority of methane emissions come from gas pipelines.

“If China wants to tap the potential of methane and curb its emissions, then undoubtedly coal mines are a priority area,” said Yang.

China is expected to release a national action plan for cutting methane emissions ahead of the Cop27 climate talks in Sharm el-Sheikh, Egypt, in November.

The success of China’s methane emission reduction policies hinges on a comprehensive approach.

Besides monitoring, coal mining companies will need cost-effective technologies for methane mitigation, according to EDF. There are ways to recover coal mine methane with a concentration as low as 0.5%, but they are expensive.

And with China planning to drastically cut down coal extraction as a part of its pledge to become carbon neutral by 2060, mining companies only have 38 years to recover their cost from investments.

While the government is likely to invest in methane monitoring, reporting and verification, mining companies will face the uphill task of finding low-cost methane mitigation technology.

“Methane concentration varies in coal mines here,” said Meian Chen, programme director at innovative Green Development Program, Beijing.  “For this, there will be a need for a tailored approach, using cost-effective technologies and policy support, to capture methane from these mines.”