As 1.5C overshoot looms, a high-level commission will ask: what next? 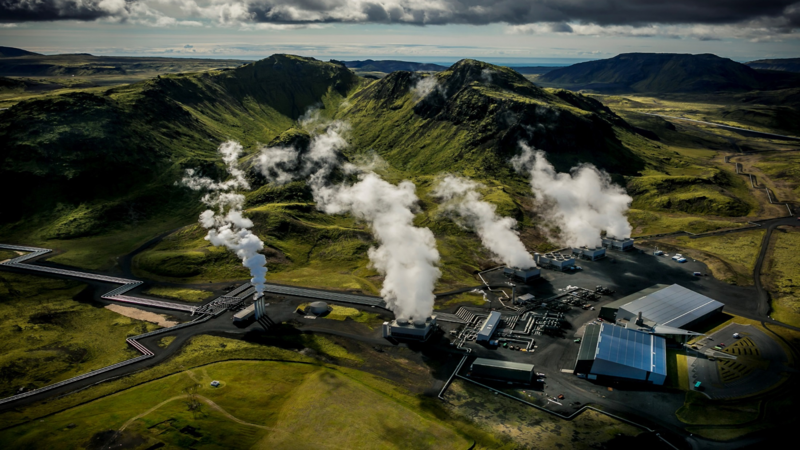 The chances of keeping global temperature rise below 1.5C, the toughest goal of the Paris Agreement, are increasingly slim. “Well below 2C” is a stretch.

Yet there has been little discussion at an international level on how to handle “overshoot” of those goals. A high-powered commission due to launch in May aims to break the silence.

The Climate Overshoot Commission will address sensitive questions around the ethics and feasibility of potential ways to reverse warming that are problematic or unproven at large scale.

France’s Pascal Lamy, director general of the World Trade Organisation between 2005 and 2013, has been appointed as chair. He is president of the Paris Peace Forum, which will host the commission.

The idea for a commission to assess climate engineering options was floated in 2017 by Edward Parson, professor of environmental law at the University of California.

Parson became one of 11 on a steering committee of politicians, policymakers and academics to shape what the commission should look like. Among them, five were from developing countries, including Cop27 host Egypt’s environment minister Yasmine Fouad, former Marshall Islands president Hilda Heine and Youba Sokona, vice-chair of the Intergovernmental Panel on Climate Change (IPCC).

“How will the world manage the risk of temperature overshoot? That is the question that nobody is talking about,” Pasztor told Climate Home. “There isn’t enough attention paid to the magnitude of the risk for removing the huge amount of carbon dioxide that will keep us to 1.5C.”

With the latest science showing overshoot of 1.5C, if not 2C, is highly likely, the moment for that conversation may have arrived.

A paper published in Nature last week gives a 6-10% probability of reaching without exceeding the 1.5C threshold, even assuming all climate commitments to 2030 and mid-century are met.

In theory, global temperatures can be pulled back by sucking carbon out of the atmosphere through biological solutions such as reforestation and technological ones like direct air capture. But tree planting competes with food production for land and carbon capture technology is energy-hungry and expensive.

The latest report from the IPCC concluded sucking carbon dioxide from the air is “necessary” to achieve net zero emissions and “an essential element” to limit heating below 2C by the end of the century.

While no substitute for deep and urgent emissions cuts, carbon dioxide removals are needed to counterbalance residual emissions from hard-to-abate sectors such as aviation, agriculture and some industrial processes.

Five billion tonnes of CO2 would need to be removed each year by 2050 for a 66% chance to limit warming below 2C, under one IPCC scenario, scaling up to 13bn by the end of the century. Any delay to cutting emissions will further increase reliance on removals to stabilise the climate.

A temporary overshoot of climate goals is dangerous for human societies and ecosystems. “Many human and natural systems will face additional severe risks, compared to remaining below 1.5C,” the IPCC’s impact report warned. Some impacts, such as ice sheet and glacier melt and sea level rise, “will be irreversible”.

Despite the presence of CDR in all IPCC scenarios, efforts to scale up the technology are barely getting started.

An initiative co-led by the US, Canada and Saudi Arabia aims to enable a net reduction of 100 million metric tons of CO2 per year globally by 2030. And there are some efforts to support research in the US and in the UK, and develop methodologies to include removals in carbon accounting in the EU.

Silicon Valley is getting in on the act. Earlier this month, online payment processing platform Stripe launched a $925m fund to buy offsets from start-ups that permanently remove carbon dioxide from the atmosphere by 2030.

The Frontier fund is financed by Stripe together with Alphabet, Shopify, Meta and McKinsey. It aims to send a signal to researchers and investors that there is a growing market for these technologies.

Climate scientist Zeke Hausfather, Stripe’s climate research lead, told Climate Home that understanding what removal technologies could work at scale and driving their cost down was necessary if they are to be used in decades to come.

“But the private sector can only push things so far,” said Hausfather, suggesting governments help fund research and development of CDR approaches.

The issue has been largely ignored at UN Climate Change talks.

For Oliver Geden, a lead author of the IPCC report on mitigation and senior fellow at the German Institute for International and Security Affairs, that’s unlikely to change “until there is an acceptance that overshooting 1.5C is unavoidable”.

While “not a magic bullet,” Geden said countries have already said yes to CDR by adopting net zero emissions targets – the “net” being achieved by balancing sources and sinks of emissions.

“I’m of that bottom-up view that countries have a net zero target should and can explore CDR,” he told Climate Home. The alternative top-down approach of sharing out between nations the delivery of removals needed to meet global climate goals brings about considerations of equity and historic responsibility that many wealthy economies are seeking to avoid.

That conversation is uncomfortable for many climate campaigners, who are concerned that a focus on removals is at best a distraction from the need to phase out fossil fuels and roll out clean energy – and at worse a fig leaf for climate inaction.

For MJ Mace, a climate negotiator for the Alliance of Small Island States, there is “a real fear that the pressure comes off emissions reductions” if the issue of removals is pushed too forcefully in the public consciousness.

And yet, if emissions cuts are still lagging behind targets at the end of this decade, “we are going to end up having to rely on CDR on such a huge scale to meet these goals that we are not going to be able to pull it off” unless investment and planning start now, she said. “It’s such a dance.”

If removing carbon from the atmosphere is a sensitive subject, solar radiation management, or geoengineering, is even more so. Still largely in the realm of science fiction, the potential to block the sun’s warming effect by pumping aerosols into the high atmosphere is part of the commission’s mandate.

Pasztor said solar geoengineering is “unbelievably controversial” but leaders have to consider what risks they are willing to take to meet the 1.5C goal.

The Carnegie Climate Governance (C2G) Initiative, which he heads, is hoping to push a resolution on addressing the risks of overshoot at the UN general assembly by 2023.