The world is on track to overshoot 1.5C warming. Leaving fossil fuels in the ground, changing lifestyles and removing CO2 from the air are needed to fix the climate 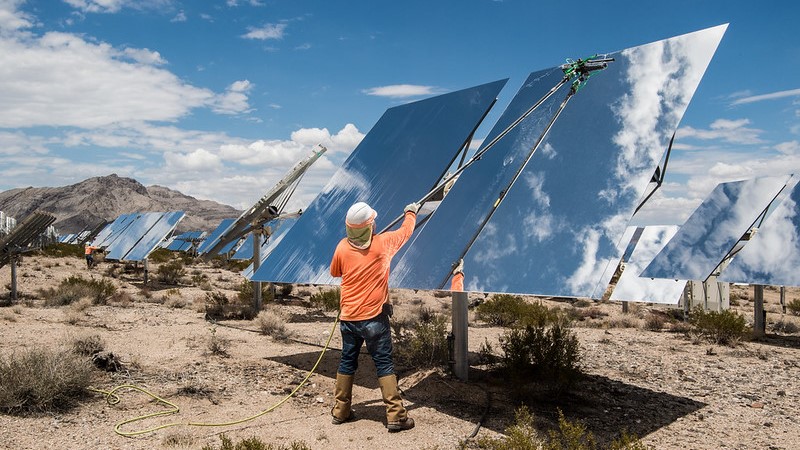 The UN’s climate science body has released a major report on ways to curb greenhouse gas emissions to avoid the worst-case warming scenario.

This is the last of three instalments of the Intergovernmental Panel on Climate Change’s (IPCC) sixth assessment report. Together, they provide a complete picture of the causes, consequences and solutions to human-induced climate change. The previous two reports focused on the physical science of climate change and societies and ecosystems’ capacities to adapt and their limits.

This latest report provides a roadmap for how to rapidly reduce emissions in the next three decades under scenarios that put the world on track to limit global heating to below 2C and 1.5C – the Paris Agreement goals.

Here are the key takeaways.

Global greenhouse gas emissions have continued to rise in the last decade, albeit at a slower rate than the previous one. That means that the likelihood of limiting warming to 1.5C has declined on average compared to scenarios previously identified by the IPCC.

The world has used more than four fifths of the total carbon budget for a 50/50 chance of limiting global heating to 1.5C.

Without immediate action to cut emissions, that chance is slipping away. Global greenhouse gas emissions would need to peak before 2025 and that is not happening. Based on national climate plans announced prior to the Cop26 summit in November 2021, emission projections for 2030 “make it likely that warming will exceed 1.5C during the 21st century”.

Global temperatures could be reined back by sucking carbon out of the atmosphere through biological solutions such as reforestation and technological ones like direct air capture. But many of these techniques are unproven or problematic at large scale.

Limiting warming below 2C would then rely on “a rapid acceleration of mitigation efforts after 2030”.

Since Cop26, a number of countries have come up with 2030 carbon-cutting plans, but these haven’t significantly changed the global picture. Commitments made by China, Japan and South Korea, announced prior to Cop26, are included in the tally.

“The conclusion remains clear that all [2030 climate plans] together by no means are sufficient for 1.5C and also not for 2C,” Niklas Höhne, of the New Climate Institute, told Climate Home. “ This is why Cop26’s call for countries to update their climate plans in 2022 is so important.” 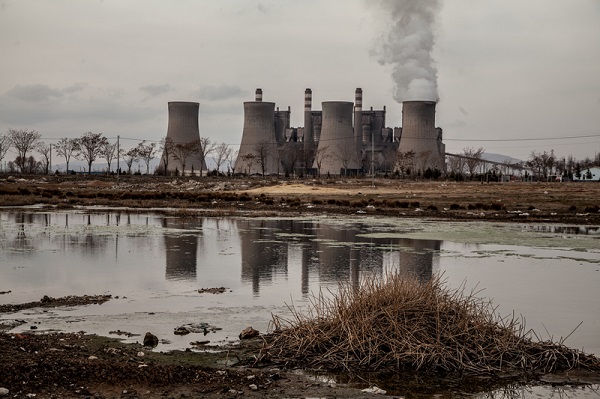 Leaving coal, oil and gas in the ground is necessary to meet the Paris Agreement goals.

By 2019, carbon emissions from fossil fuels and the industry sector were responsible for the largest growth in emissions and 64% of all anthropogenic emissions.

Cutting emissions from the energy sector requires “major transitions” away from the current system, including “a substantial reduction in overall fossil fuel use”.

Existing and planned fossil fuel infrastructure will emit enough over its lifetime to blow past 1.5C warming and push temperature rise to 2C. Replacing fossil fuels with very low or zero-carbon energy sources such as wind and solar power is one of the biggest ways to prevent further warming.

For 1.5C, the use of coal must be virtually eliminated by 2050. Unabated oil consumption falls 60% and gas by 70% compared with 2019. Even with carbon capture and storage, oil and gas consumption is projected to decline 60% and 45% respectively by 2050.

Conversely, in a scenario where warming is held to 2C, $1-4 trillion will be wiped off the value of fossil fuel reserves and associated assets by 2050. Depending on its availability, carbon capture and storage “could allow fossil fuels to be used longer” and reduce stranded assets.

Options to wind down the world’s fossil fuel infrastructure and align the power sector with limiting warming below 2C include decommissioning, retrofitting plants with carbon capture and storage and cancelling new unabated coal installations. Scrapping fossil fuel subsidies could reduce emissions by up to 10% by 2030.

Carbon-cutting and low-emissions technologies are becoming cheaper. The cost of solar, wind power and lithium battery technologies have fallen significantly since 2010.

In fact, the economic benefit of limiting warming to below 2C is higher than the cost of action.

Mitigation options costing $100 or less for a tonne of CO2 could reduce emissions by at least half between 2019-2030. These include rolling out solar and wind energy, energy efficiency improvements, reducing deforestation, sequestering carbon in soil and cutting methane emissions.

Half of that potential could be achieved with measures costing less than $20 for every tonne of CO2 cut. These include fitting buildings with efficient appliances, improving energy efficiency in shipping and aviation, shifting to electric vehicles and promoting public transport and cycling.

Some of these measures have economic benefits that outweigh their costs, such as promoting wellbeing and improving living standards.

Options like carbon carbon capture and storage and some forms of ecosystem restoration remain expensive.

The take-up of low emissions technologies is uneven across the world and lags in most developing countries, particularly the poorest. 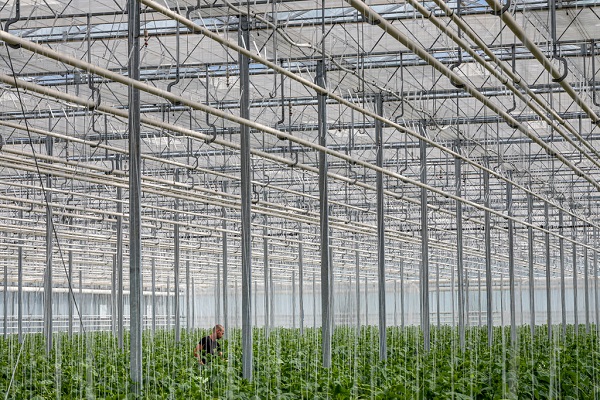 CO2 captured from an incineration plant in Switzerland is being used to boost the production of vegetables like tomatoes and cucumbers (Photo: Matjaz Krivic / Climate Visuals Countdown)

To achieve net zero emissions, removing carbon dioxide from the atmosphere is “unavoidable”. Removals are needed to counterbalance residual emissions from hard-to-abate sectors such as aviation, agriculture and some industrial processes.

Carbon capture and storage technology is needed for the industrial sector to reach net zero CO2 emissions. If done right, this could store carbon dioxide permanently in geological formation. But the technology remains underdeveloped and is facing technological, economic and environmental barriers.

And there are risks and uncertainty associated with deploying carbon dioxide removal (CDR) at large scale. A rapid and deep decline of emissions over the next two decades will help reduce the likelihood of overshooting warming limits and the need for removals.

Reforestation, improving forest management and soil carbon sequestration are the only widely deployed CDR methods. But carbon stored that way is vulnerable to being released by human interventions, such as trees being cut down, and natural disturbances such as fires, which can be exacerbated by climate change.

If sustainably managed, forestry and the restoration and protection of ecosystems can deliver large-scale emission reductions as well as co-benefits for biodiversity, food and water security and livelihoods. But competition for land also creates trade-offs which increase with the scale and pace of deployment. These can be avoided through national policies.

To be consistent with limiting warming to below 2C, forest-related mitigation requires annual investments of $400bn a year by 2050.

Carbon dioxide stored underground or removed from the oceans by geochemical processes to reduce acidity is less likely to be released back into the atmosphere, but comes with other risks. The impacts of ocean-based CDR on ecosystems and biodiversity are not well understood. 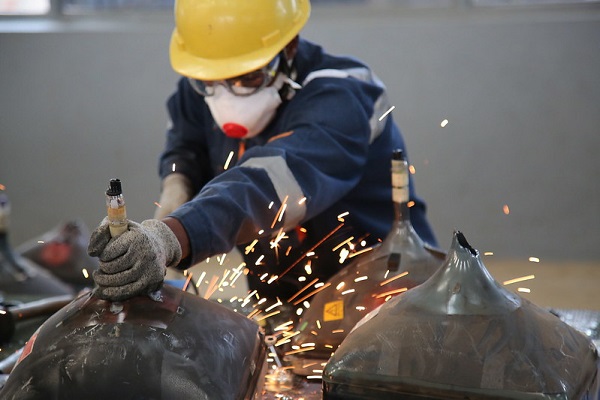 One cost-effective way of reducing emissions is to reduce energy demand. Strategies to do so across all sectors by 2050 could cut emissions 40-70% compared with projections based on current policies.

For policymakers, that means finding new ways to provide citizens with basic services like transport, homes and jobs. These measures can help improve wellbeing and living standards.

For example, investments in public transport, changes in pricing and spatial planning that provide services closer to people’s homes could reduce travel demand in developed countries and slow growth in developing ones.

In the industrial sector that means adopting processes that use low or zero-emission electricity and fuels, preventing waste and establishing systems for recycling, repurposing and reusing materials such as metal, plastic and glass.

Behaviour and lifestyle changes can reduce global emissions of end-use sectors by at least 5% “rapidly” with policy support and enable deeper cuts if supported by improved infrastructure design, particularly in wealthy nations. These include shifting to healthy diets based on plants, reducing food waste and overconsumption, supporting longer-lived and repairable products, turning the heating down, teleworking and car sharing.