We can adapt to many changes brought by an overheating planet, but some things will be lost forever, scientists warn in blockbuster report 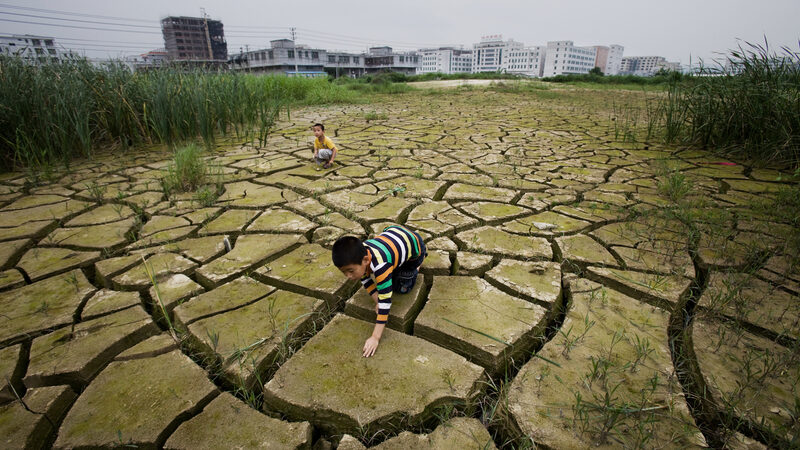 The UN’s climate science body today released a major report on the impacts that climate change will have on humans and the planet, and how we may adapt to them.

It is the first such assessment from the Intergovernmental Panel on Climate Change (IPCC) since 2014 and reflects large advances in scientific understanding of the effect global heating is having on us all.

Monday’s Working Group II (WGII) is the second installment of the IPCC’s sixth assessment report (AR6), following the release last August of WGI, which reviewed the underlying physical science of climate change. Next month will see WGIII release its assessment of how to avoid the worst case warming scenarios.

Here are five key messages from the landmark report.

1. Climate change is hurting our health

Climate change is already damaging the physical and mental health of everyone on Earth, with half of humanity already vulnerable to water insecurity and billions more at risk of extreme heat events, vector-borne diseases and hunger linked to global heating.

Extreme heat in particular has resulted in increased human mortality and morbidity, and it is projected to worsen as the century progresses.

Flooding has led to increased displacement in Asia, Africa and Central America and is predicted to increase. Extreme weather has already pushed millions more people into food insecurity as climactic changes increases the likelihood of simultaneous crop failures even as staple foodstuffs are losing nutritional value.

Heightened risk of cardiovascular illness due to exposure to smoke from wildfires has been observed, and an additional 2.25 billion people will be at risk of Dengue fever by 2080 under a middle-of-the-road emissions scenario.

Mental health challenges, including anxiety and stress, are predicted to increase alongside humans’ exposure to extreme weather, and climate change is already “contributing to humanitarian crises”.

Climate impacts will “significantly increase ill health and premature deaths” in both the near and long term, the report predicts.

“People around the world are already suffering from the impacts of climate change at 1.1C of warming,” said Emily Shuckburgh, director of Cambridge Zero at the University of Cambridge. “Beyond 1.5C would put peace, security, economic stability and nature in peril across our planet and be an existential threat for far too many.”

2. Some things will be lost forever

The report is built around the options that exist for adaptation, but its message is unequivocal: some climate impacts are already irreversible, and several losses due to human activity are approaching the point of no return.

Human-caused climate change is wreaking “increasingly irreversible losses, in terrestrial, freshwater and coastal and open ocean marine ecosystems”. Many species have already hit the limit of their ability to adapt to temperature rises. There will be more extinctions.

Impacts that are “approaching irreversibility” include glacier retreat and changes to Arctic and mountain ecosystems from thawing permafrost.

This will see at least one billion people by 2050 at risk of losing their homes to storms supercharged by rising seas, the report shows.

With the Paris Agreement temperature goal of 1.5C of warming to be breached within decades under all emissions scenarios, the report warns of “unavoidable increases in multiple climate hazards (that) present multiple risks to ecosystems and humans”.

Care International said the report showed how “even a marginal and or temporary overshoot of the 1.5C threshold will have dire consequences for millions of people”.

The 4,000-page report identifies myriad ways to adapt to climate change, including innovative and practical solutions to improve food and water security and preserve ecosystems.

However, it finds that adaptation projects are not equally distributed geographically and are chronically underfunded. Many are too shortsighted and miss an opportunity for “transformational” change to how we feed, shelter and power societies.

Even with adequate finance and management, we “cannot eliminate” all losses and damages. Holding temperature rise close to 1.5C would “substantially reduce” the scale of harm.

The report warns against measures that make things worse. For example, sea walls or levees can protect people and property in the short term, but require expensive upgrades to sustain and could encourage building in places that are hard to protect.

Ultimately, unless the emissions that are driving climate change decline “rapidly” then the options for societies to adapt will become “increasingly limited”, the assessment shows.

Kate Jones, chair of ecology and biodiversity at University College London, said that the assessment showed the need for adaptation in tandem with sweeping emissions cuts.

“Now it becomes clear that we not only need both, but that if we fail to act rapidly, then we risk reaching the point beyond which we can no longer adapt to climate impacts.”

4. The poorest will be hit hardest

As well as vanishing ecosystems – and losing the services that they provide – leading to “cascading and long-term impacts” on indigenous and local communities, the assessment shows how growing urbanisation means growing stress on water, health and sanitation services.

Some impacts such already take a disproportionately high toll in some areas, with mortality from floods, drought and storms some 15 times higher in highly vulnerable countries compared with low-vulnerability nations over the last decade.

Today, 3.3-3.6 billion people live in “contexts that are highly vulnerable to climate change”, a figure, again, that is projected to rise.

Camilla Toulmin, senior fellow at the International Institute for Environment & Development, said the report showed that the people least responsible for climate change “are hit hardest by the devastating impacts of extreme events”.

“As richer nations go on emitting more and more greenhouse gases, so the devastation and costs grow.”

Although it is too late to do much about some climate impacts, writ large throughout Monday’s assessment is the message that every degree of warming matters.

Both the magnitude and rate of climate risks depend on near-term emissions and “escalate with every increment of warming,” it warns.

Echoing its special report on 1.5C from 2018, the IPCC says that limiting warming to that threshold would “substantially reduce projected losses and damages related to climate change”; virtually every projected risk becomes more dangerous the higher the temperature rises.

The report warns of the pitfalls of temperature “overshoot” – temporarily exceeding 1.5C, a feature of several climate modelling scenarios. It warns that many impacts “will persist even if temperatures return to 1.5C” and that feedbacks such as permafrost emissions or the loss of forested carbon sinks “will make returning to 1.5C by 2100 more difficult”.

As such, solutions that are not based on rapid emissions reductions, such as solar radiation modification, are given short shrift. Proposed approaches to reflect sunlight back into space “introduce a wide range of new risks to people and ecosystems” and do not stop CO2 from building up in the air and oceans, the report warns.