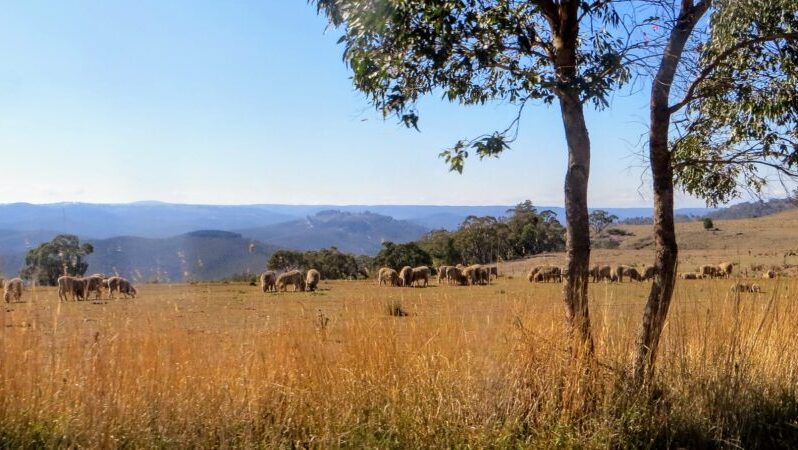 Australia’s biggest carbon traders have sought to defend Australia’s troubled carbon offset regime, following weeks of policy upheaval and claims from one of the scheme’s architects that most of Australia’s government-issued carbon offsets did not represent genuine emissions reductions.

The seemingly coordinated defence has come from three of Australia’s biggest carbon trading groups, the companies set to be the biggest beneficiaries of a surprise change to the Emissions Reduction Fund that will free them from government contracts and allow them to sell carbon credits into a more lucrative open market.

It follows the former chair of the Emissions Reduction Assurance Committee, professor Andrew Macintosh, revealing that he thought most of the Australian Carbon Credit Units issued by the Clean Energy Regulator were not backed by actual emissions reductions, and represented a “fraud on the environment”.

It’s a period that has seen confidence in Australia’s carbon offsets regime rattled, and sent the market price of ACCUs tumbling.

CEO of the largest contractor under the Emissions Reduction Fund, GreenCollar’s James Schultz, said in a statement that the firm welcomed the scrutiny of Australia’s carbon credit scheme, while adding that he viewed Australia’s carbon market as “a market we can have confidence in.”

“GreenCollar has been and remains the loudest advocate and supporter of the need for integrity and transparency in the Australian carbon market,” Schultz said.

“This is an idea that is simply in the DNA of our business. It is part of who we are as an independent, science-led, data-driven organisation. We would not be able to operate without it.”

“We don’t simply welcome scrutiny of methods and governance. We demand it. We have been the first to draw attention to the need for change and advancement of methods.”

Australia’s carbon markets have been rocked by the claims that it operates on the basis of flawed carbon offset methodologies.

Concerns have extended to the AU$4.5 billion (US$3.4bn) Emissions Reduction Fund, administered by the Clean Energy Regulator, which sees a considerable amount of taxpayer funds being used to purchase the offset units.

“Recent attacks on the ERF are a direct attack on the more than 1,000 project owners operating to deliver more than 100 million carbon credits over the past decade with approximately 10% of Australia managed under nature-based projects,” Corporate Carbon Solutions said in a statement.

“At a time when more action is required on climate solutions, when more recognition needs to be given to landholders committing to improved environmental outcomes, when all of us need to be increasing our ambition and action in delivering a safe climate, spurious claims designed to undermine and disrupt action need to be called out as being in the same category as climate denial.”

In its own statement, the managing director of Agriprove – a spin off from Corporate Carbon Solutions – Matthew Warnken likewise issued a defence of the Australian carbon market.

“We echo the observations of the Carbon Market Institute that integrity, independence and robust review are at the core of Australia’s carbon scheme and that there are multiple elements of protection built into carbon credits from application and approval through to activation including regular, independent audits,” Warnken said.

“We note that the framework continues to evolve, and we support that evolution, including through our ongoing investment in technology and innovation.”

The market price of ACCUs has fallen by almost 50% since the start of the year, falling from an all-time high of around $57 per tonne to about $31 per tonne.

But this remains substantially higher than the $12 to $16 the federal government was set to pay for the offsets under the Emissions Reduction Fund.

Earlier in March, federal energy and emissions reduction minister Angus Taylor announced that the federal government would effectively free carbon traders from their contracts, allowing them to instead sell ACCUs at the higher open market price.

An analysis produced by the Institute for Energy Economics and Financial Analysis suggests the Morrison government’s decision to walk away from around 112 million tonnes worth of Emissions Reduction Fund contracts put its ability to deliver on its emissions reduction targets in doubt.

“That 112 million tonnes of abatement was factored in to meet the Federal Government’s official 26-28% target, and the 35% emissions reduction forecast taken to Glasgow,” IEEFA’s lead research analyst for Australian electricity, Johanna Bowyer, said.

“So now, the government is up to 112 million tonnes of carbon dioxide equivalent behind on its emissions reduction task by allowing these fixed delivery contract exits.”

“Carbon credit prices are now much higher than when the original fixed delivery contracts were signed between suppliers and the Federal Government,” Bowyer added. “It’s highly unlikely the Federal Government will be able to purchase new ACCUs at prices anywhere near the original average of $12.50. Prices closer to the current market rate of $30 or even the previous $47 seem more likely.”

“The change undermines the carbon market as a whole. The unexpected nature of the change and the price volatility it has created reduces certainty for investors in the nascent carbon market. Many will be worse off.”