Many of the risks projected in 2014 are now unavoidable reality, as climate science outpaces action to avert the crisis 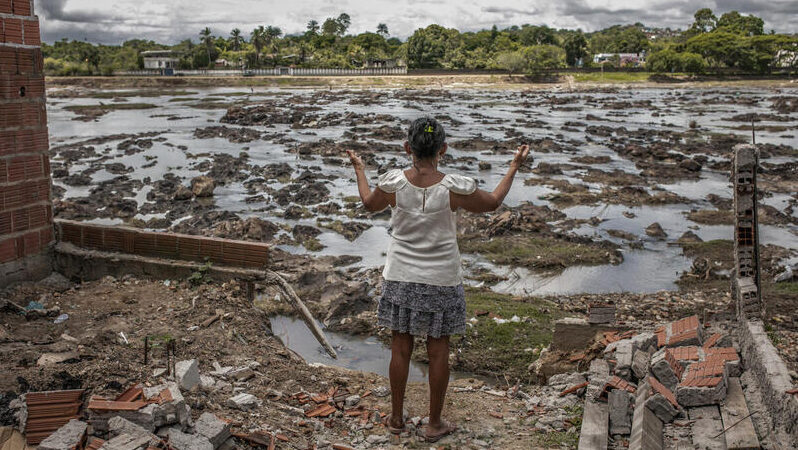 Monday’s report from the second working group (WGII) of Intergovernmental Panel on Climate Change is the most exhaustive assessment of climate risks and humankind’s ability to adapt to them ever undertaken.

It is at once a withering indictment and an industrious guide, admonishing our reckless treatment of nature while offering practical solutions to avoid the worst consequences of our actions.

At its heart is a plea, unprecedented in urgency and scale, from the world’s leading climate scientists to the governments of Earth: transform how we live now or face an unliveable future.

Scientists, perhaps particularly climate scientists, are cautious by nature, bound by research norms to “err on the side of least drama”. While previous IPCC assessment reports did not shy away from the risks posed by climate change, many of their predictions were couched in the realm of the hypothetical. Given the variability of models and less-than-complete observational datasets, this circumspect approach was, at the time, the correct one.

Assessment Report Six (AR6) dispenses with hypotheticals, offering the most sure-footed evaluation yet of how we have already changed our climate beyond many ecosystems’ ability to cope.

While the introduction to 2014’s Fifth Assessment (AR5) warns “climate change poses risks for human and natural systems”, a summary of Monday’s report upgrades that to “has caused widespread adverse impacts and related losses and damages to nature and people”.

The possible perils raised by the IPCC in 2014 are coming to pass. AR5’s summary contains 54 references to “potential” or “potentially”. In Monday’s WGII summary, it’s down to 21. In many cases, what was “projected” less than a decade ago has now become “unavoidable”.

As data proliferates and as observation techniques and modeling become ever more sophisticated, scientists have more information than ever to draw upon and state, with unrivaled authority, that a climate emergency is unfolding all around us. And more data points from the past and present mean more solid foundations upon which to build future scenarios.

The data simply reflects the reality that in the eight years since IPCC scientists issued their last equivalent warning, one Paris Agreement and the seven hottest years on record later, greenhouse gas emissions have continued their relentless rise.

Freiderike Otto, a physicist at Imperial College’s Grantham Institute and lead AR6 author, said that WGII’s urgent tone was “probably due to the fact that we still have not managed globally to even change the rate of increase of emissions”.

“What this report does very differently to AR5 – which is why it feels so much more urgent and real – is that it shows climate change is not a future threat. It is here now. It is affecting those who are the most vulnerable in every society around the world,” Otto told Climate Home.

A major advance since AR5 is attribution science, which explores to what extent individual extreme weather events such as flooding and drought can be directly blamed on human-caused climate change.

Michael Oppenheimer, a geosciences professor at the Princeton School of Public and International Affairs and former IPCC author, said that there had been a growing “note of urgency” in recent IPCC reports.

He said that attribution, coupled with the findings of the IPCC’s 2018 special report on 1.5C, had “changed the public discourse in the media and grabbed the attention of the public and policymakers”.

“This has had a liberating effect on the ability of scientists in these reports and elsewhere to report what they actually think rather than diluting the public message to avoid a sense of alarm,” he told Climate Home.

For despite the damage global heating has already wrought for millions – from food and water insecurity to heightened vulnerability to disease and extreme weather events – it is the damage yet to come that ought to keep heads of state awake at night.

Many impacts are inevitable. No matter what happens to greenhouse gas emissions, the Paris Agreement temperature rise cap of 1.5C will be breached within decades, leading to “unavoidable increases in multiple climate hazards”, according to the 4,000-page report.

Beyond 2040, climate change is projected to lead to no fewer than 127 key risks, with impacts “up to multiple times higher” than at present. Thirst, hunger and disease are coming.

That’s the bad news. Or part of it.

AR6’s WGII also assesses in unrivaled detail how we as a species may adapt to these seemingly endless climate threats.

Working Group II co-chair Debra Roberts said the report “shifts the dial from creating a narrative of risk to looking at where there is agency and possibility for responses in human and natural systems.”

So should the main takeaway from Monday’s report be: “We can change?”

“There have been losses and damages from human-induced climate change for decades that we have not avoided,” said Otto.

“But where we should focus our attention is that a lot of these losses and damages are so large because of high vulnerability and high exposure of populations. This is not god-given, we have the agency to address and change this.

“We know what is coming. We know how to deal with this. We have adaptation strategies, we just haven’t implemented them.”

The direction of travel leaves much to be desired. There is not enough money going into adaptation. The poor, who need it most, get least. Many initiatives are shortsighted, reducing risk today while storing up more problems for the future.

Monday’s report also confronts the limits to adaptation. In some areas, these limits are already being tested, in ecosystems such as coral reefs and in the households of families who face constant flood risk but lack the means to move to safer ground. Other limits loom ahead, such as irretrievable water loss from vanishing glacier networks, or diminishing staple crop-growing areas.

One thing is plain. Without sweeping reductions of the greenhouse emissions driving temperature rises, no amount of adaptation can save many ecosystems and sectors from collapse.

“No matter what other critical issues are begging for your attention, like Covid or Ukraine… please keep enough of your government’s focus on climate change so that progress in reducing greenhouse gas emissions can accelerate and catch up with the rate at which the climate is changing,” said Oppenheimer.